The latest rumor suggests that Microsoft might launch Lumia 950 and Lumia 950 XL instead of Lumia 940 and Lumia 940 XL. When Microsoft CEO Satya Nadella was giving an interview, he stated how he and everyone at the company was going to change the landscape of not only Windows for desktop, but for mobile and other applications such as HoloLens. He was also asked that if he would be carrying around Lumia Talkman in the future, to which the executive replied in the negative.

Lumia Talkman was originally supposed to be Lumia 940, a handset that was proposed by several leaks to be carrying a 5.2 inch screen size. However, it appears as if Microsoft plans on ditching the name Lumia 940 and replacing it with Lumia 950 and Lumia Lumia 950 XL. 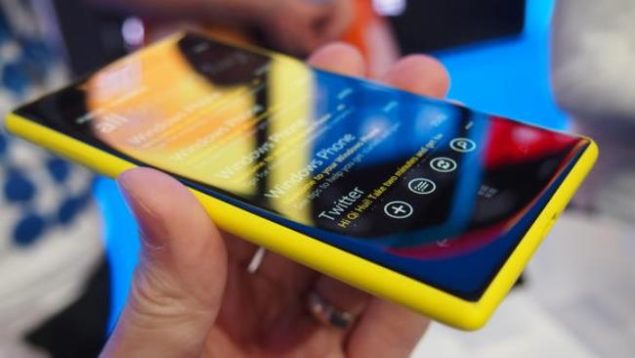 Lumia 950 Rumored To Be A Device That Will Sport A 5.2 Inch Display With A 1080p Resolution

According to a Chinese microblogging website Weibo, there was an image present which had the Windows model number Lumia 950 XL written on it. After looking at this image, we would have to make the assumption that Microsoft might be intending on skipping a generation and be looking to unveil Lumia 950 and Lumia 950 XL.

However, the specifications of Lumia 950 have been changed slightly. Instead of sporting a QHD display, the handset would be rendering a 1080p one, while maintaining the same screen size. A Snapdragon 808 is expected to be present inside it, along with 32 GB of internal storage, which will be expandable to 128 GB. Additionally, a 20 MP PureView rear snapper will be present, which will be supplemented by a 5 MP front camera sensor.

As for Lumia 950 XL, the smartphone is expected to feature a 5.7 inch screen with a 1440p resolution. Instead of running a Snapdragon 808 SoC, the device will be running a Snapdragon 810, along with the same specifications as its smaller screen counterpart. Both smartphones will also be running Windows 10 out of the box, which makes us come to the conclusion that these smartphones are expected to be released somewhere between October and November.

Previously, we had reported that both smartphones were going to feature a much larger price than iPhone 6, primarily because both devices will be sporting a Triple LED flash and Retinal Scanner. Like always, more leaks will be coming in, which will make us come one step closer to the hardware specifications and feature round-off of both Lumia 950 and Lumia 950 XL. Till then, continue following for the latest updates.