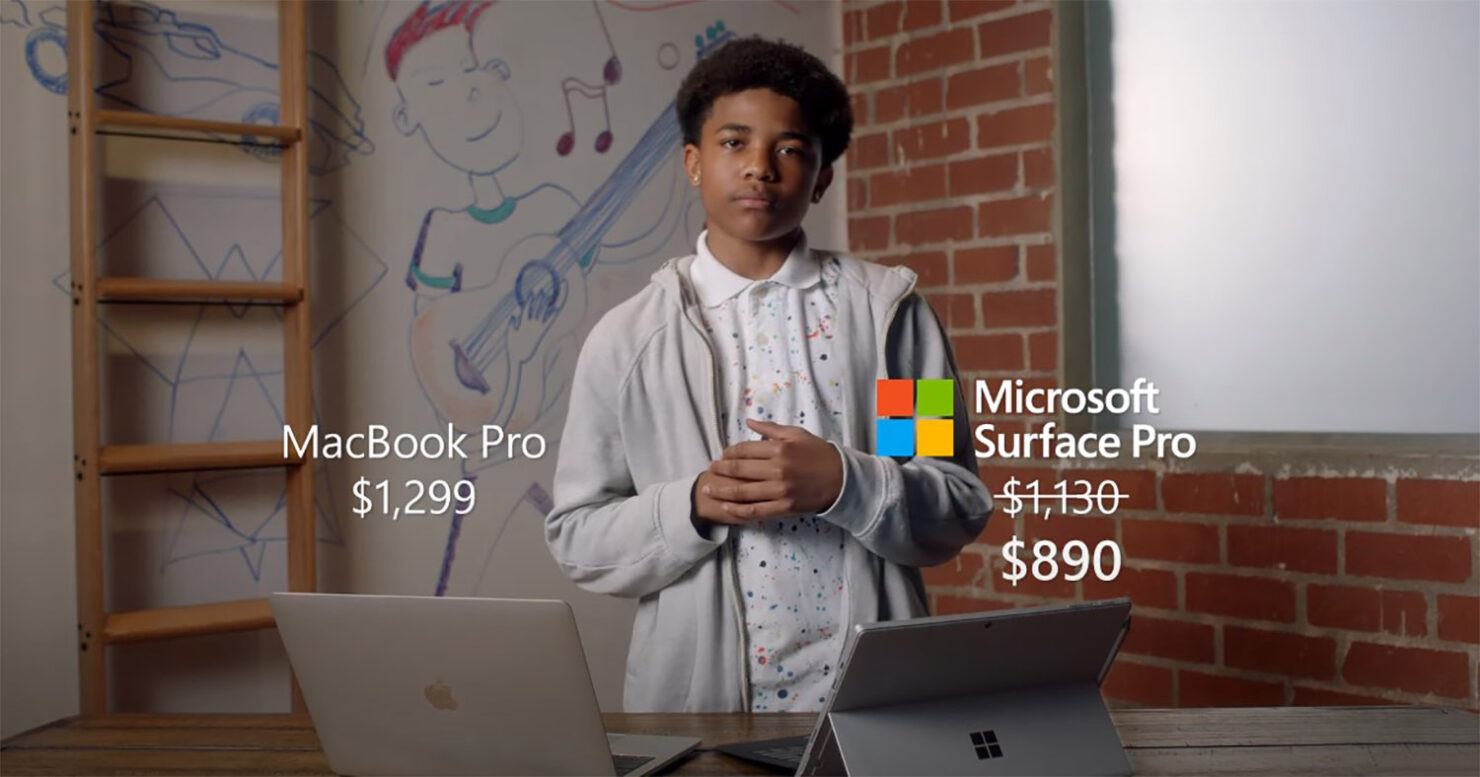 We’re about to start the second month of the new year, and it looks like one of Microsoft’s resolutions was to pick on Apple’s latest product, the MacBook Pro. This dig comes in the form of an ad, where the software giant praises its Surface Pro 7, stating how much better and affordable it is than Apple’s latest machine.

The 30-second ad uploaded on YouTube mocks the MacBook Pro for lacking a touchscreen or stylus support. Microsoft also highlights how the Surface Pro 7 features a detachable keyboard, allowing for effortless portability. The pricing difference is also mentioned in the ad. The latest MacBook Pro starts at $1,299, while the Surface Pro 7 starts from $890, so if you want to save some money, the Windows 10 slate is the way to go, right? However, there are more than a few differences Microsoft didn’t mention during this comparison, which could be why the comments are disabled.

First, Apple’s MacBook Pro features the company’s 5nm M1 chip. This silicon isn’t just efficient enough to deliver that 20-hour battery timing, but it destroys the competition in its weight class and more when comparing performance. The Surface Pro 7 doesn’t come close to the same battery endurance, and even if it is configured with the best internals, the performance pales compared to the M1 chip. Apple’s in-house solution is as fast as the hardware running in the 2019 Mac Pro in some tests, and it handily beats the 16-inch MacBook Pro featuring a more power-hungry processor.

Even when running Windows 10 through virtualization, which substantially reduces the M1’s performance, the chip still bests Microsoft’s Surface Pro X, its only ARM-based offering. There are also no Thunderbolt 3 ports on the Surface Pro 7, but their presence on the MacBook Pro means users will have more versatility in connecting external monitors and peripherals, albeit with the use of dongles.

This isn’t Microsoft's first dig at Apple in an ad form. The company previously compared the Surface Laptop 2 against the MacBook Air, stating that its notebook is better in performance and battery life. However, Microsoft may have recognized the potential ARM chips, which is why the company is reportedly developing an in-house silicon to take on both Apple and Intel.

Do you think the ad is fair in pointing out the MacBook Pro’s shortcomings? Let us know down in the comments.