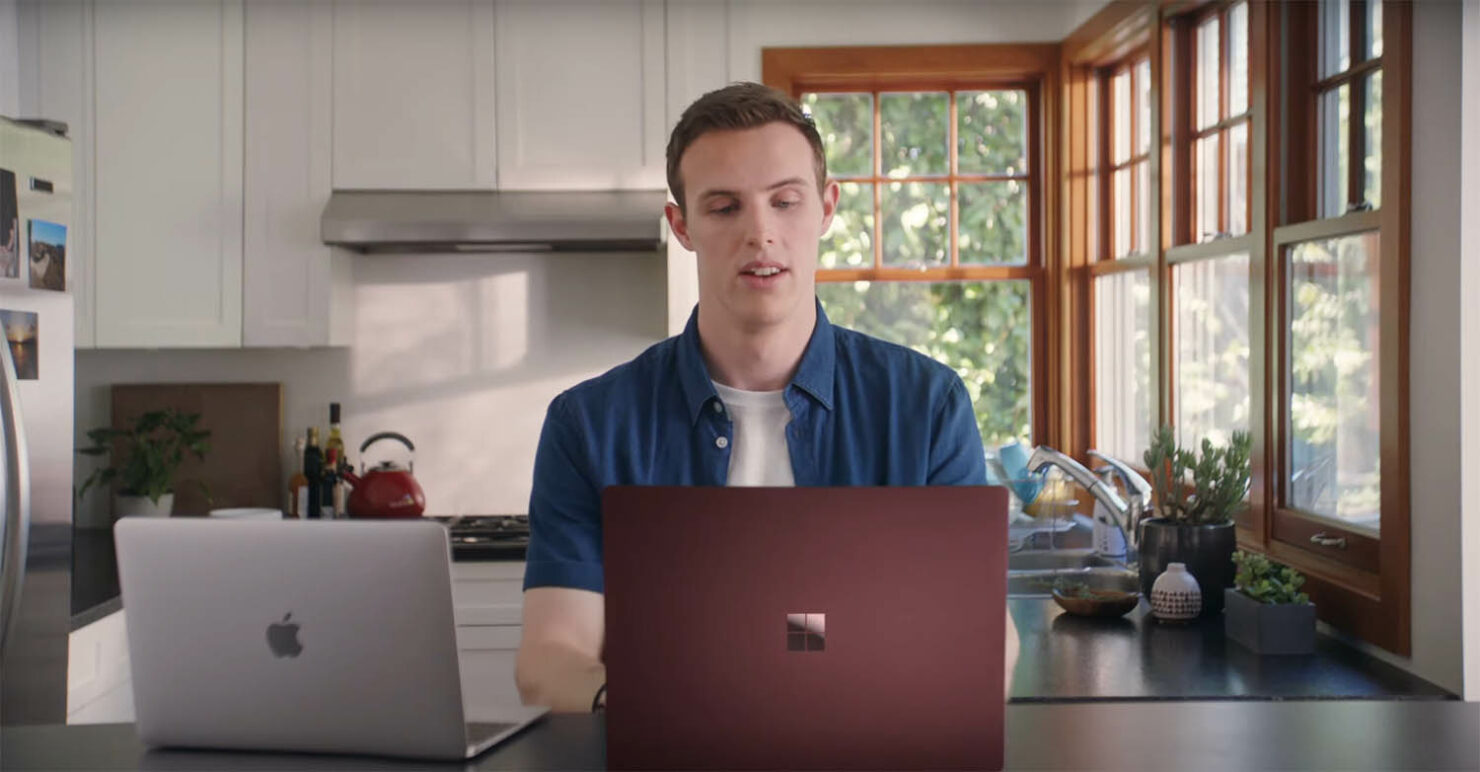 Apple doesn’t advertise its products at the expense of its rival offerings, but its competitors love to highlight how their goods are better than that of the Cupertino giant’s. The latest vendor to go down this route is Microsoft, as the company’s latest ad campaign features a guy named Mackenzie Book, also lovingly called Mac Book, to vouch for the Surface Laptop 2.

Microsoft Attempts to Take a Jab at Apple's MacBook Air, Saying That the Machine Doesn't Have a Touchscreen

The ad highlights how Microsoft’s laptop is better than the MacBook Air in terms of performance and battery life. The Redmond giant has also tried to throw shade at Apple by reminding users that MacBooks do not offer touchscreen functionality, something which the Surface Laptop 2 offers.

While Mac Book has given his verdict and says Surface is a better machine overall, other users definitely might not feel the same. While both machines have their own perks, Apple's MacBook Pro is a more powerful notebook than the Surface Laptop 2, with the MacBook Air providing more versatility thanks to its two Thunderbolt 3 ports. In other cases, the Surface Laptop 2 might suffice for those that require additional portability and who might even take advantage of the touchscreen input.

However, there are complaints that it gets hot even when doing normal tasks between demanding jobs, possibly because of the very thin chassis made to dissipate that heat. Ultimately, it comes down to factors such as the operating system of choice and individual needs of the customers. The 13-inch MacBook Pro and MacBook Air were recently updated just in time for the back to school sale, which means that a starting price of $999, Apple’s offerings are more affordable than Microsoft’s Surface Book 2.

As for the ad campaign, well decades ago, Apple ran a similar one, where ‘Mac’ was presented as a new modern computer when compared to traditional PCs and it did work. However, taking direct shots at competitors sounds like a low blow in our view. What are your thoughts on Microsoft’s latest campaign? Has the company stooped too low or is this behavior acceptable?

Let us know by commenting below and check out the ad below.