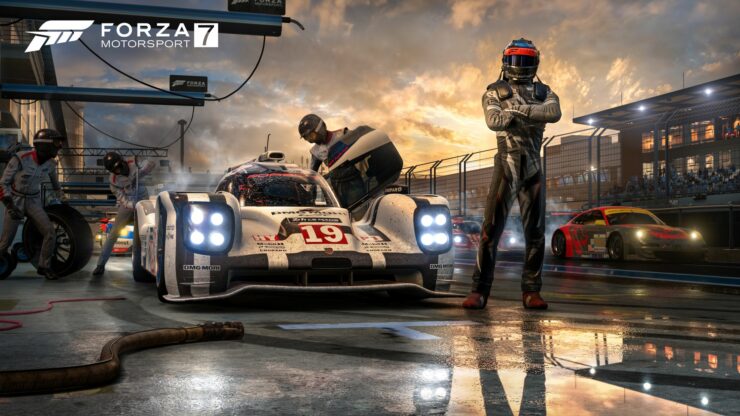 Microsoft exclusives for Xbox One and PC are a sore point these days for the company that made Windows. We've criticized their weak first-party effort before and now it became all the more problematic after another E3 briefing where Microsoft exclusives didn't quite wow the industry.

Our friends at Brandwatch, the social media intelligence platform, analyzed the data and found out that all the top five most mentioned games during the conference were fully multiplatform games, with Assassin's Creed Origins doubling the amount of mentions of its closest competitors, Dragonball FighterZ and Life is Strange 2. Then there's Minecraft, which is technically owned by Microsoft but isn't really an exclusive since it's available on almost any platform (and it's about to get cross-play with the Nintendo Switch), and the stunning new chapter in the Metro franchise, Exodus.

The first true Microsoft exclusives only appear from the sixth place with Turn 10's Forza Motorsport 7, immediately followed by Rare's Sea of Thieves and Sumo Digital's Crackdown 3. Then there's Cuphead, which finally got a release date (September 29th). Undead Labs' State of Decay 2 can be found at the twelfth place with Ori and the Will of the Wisps following immediately after it.

The remaining indie titles (Super Lucky's Tale and Ashen) were in the back of the chart as expected. 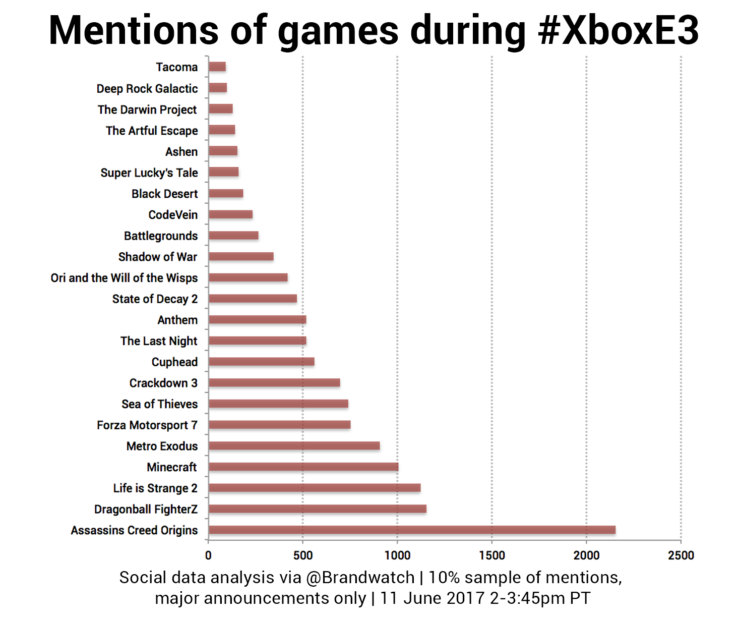 Brandwatch also analyzed the highlights of Microsoft's Xbox E3 2017 conference, registering spikes when the console's name was revealed, when Assassin's Creed Origins, Dragonball FighterZ, The Last Night, Ashen, Life is Strange 2, and Ori & the Will of the Wisps were showcased. Other peculiar highlights were "unimpressed" tweets about the Forza car showcased on stage, some widespread annoyance at the e-Sports commentary during the announcement of The Darwin Project (a battle royale game) and the live footage featuring Terry Crews as the announcer for Crackdown 3.

What did you enjoy the most during Microsoft's E3 2017 briefing? Let us know below.

Spencer: We Have Just Signed Exclusives That Won’t Be Ready for 2-3 Years, No Point in Showing Them