The Microsoft E3 2016 press conference has been officially dated. Their E3 briefing will take place on Monday June 13th at 9:30 AM PT. 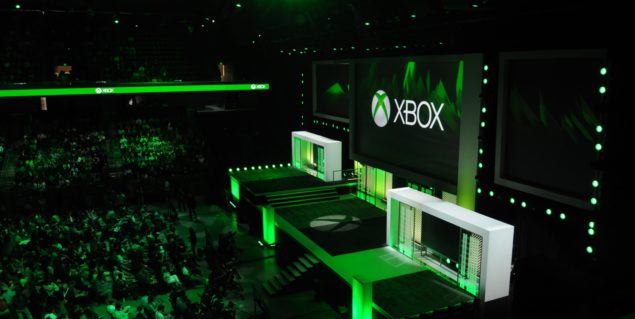 Microsoft PR confirmed as much in an e-mail sent to the press. During the conference, Microsoft will be highlighting their “games and experiences” releasing in 2016 and beyond.

We're excited to return to E3 this year where we'll showcase more games and experiences coming later in 2016 and beyond, starting with our briefing at 9:30 AM PDT on Monday, June 13.

So far, only Bethesda and EA have also announced their E3 press briefings. Judging from the Titanfall 2 teaser trailer yesterday, EA will be fully unveiling Titanfall 2 during their conference.

Judging from the timeframe, Microsoft will likely be the first out of the three console behemoths, to take the E3 stage with their conference. Microsoft's Xbox head, Phil Spencer, recently stated that the Xbox One will have a "nice" E3 this year.

"In the near term, our focus is on the Xbox console. We’re going to have a nice E3", Spencer said during an interview with VentureBeat.

The contents of Microsoft’s conference are unknown, but we’re hoping for some new Gears of War 4 footage, alongside some big new game announcements. Perhaps Microsoft’s Phil Spencer will shed some light on the recent rumors revolving an ‘upgraded’ Xbox One as well. While Spencer has been hinting at optional hardware upgrades for the Xbox, he also pointed out that the current Xbox is "doing well", and that if they were to move forward, they would do so in "big numbers".

"There you go. But I don’t know anything about any of the rumors out there. I can understand other teams’ motivations, why they might want to go do that. But for us, our box is doing well. It performs. It’s reliable. The service is up. If we go forward with anything, I want to make it a substantial change", Spencer said during the same VentureBeat interview.