Microsoft’s Phil Spencer: “Our Box Is Doing Well”; Moving Forward Needs To Be A “Substantial Change”

Microsoft’s head of Xbox, Phil Spencer, has commented on the recent Xbox 1.5 rumors that have surfaced as of late. 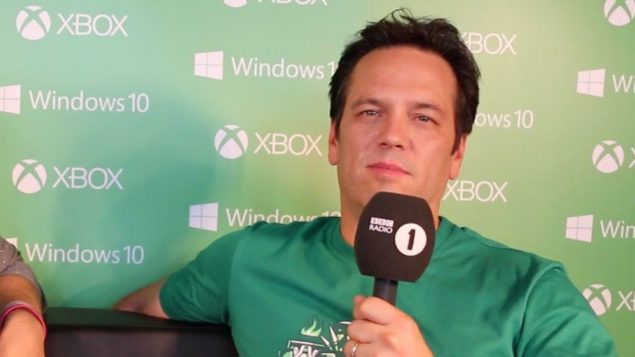 During last week’s Build conference in San Francisco, GamesBeat managed to tackle Spencer for an interview following the Build keynote.

One of the questions raised during the interview, concerned the development of an upgraded Xbox One console – the Xbox One and a Half (Xbox 1.5). An obvious question, since Microsoft has been hinting at possibly releasing  optional hardware upgrades for the Xbox One. These ‘upgrades’ would allow Microsoft’s console to stay current with new technologies, without forcing players to purchase yet another console in the near future.

With Sony possibly releasing a new PS4, called the PS4.5 for now, in the near future, it wouldn’t be too far fetched if Microsoft would follow the same approach. Recent rumors suggest that Sony will be releasing the PS4.5 in the 1st quarter of 2017, but some sites seem to be suggesting that Sony will be releasing their ‘new’ console in the 2nd half of 2016. This suggestion is said to be based on a 3-month old earnings call from AMD, in which the company mentions “new semi-custom business” in the second half of 2016.

It might seem the most obvious route to take for Microsoft, but not so much for Spencer. During the GamesBeat interview, Spencer stated not to be such “a big fan of one and a half”. According to Spencer, if he and his team would move forward at all, they would do so “in big numbers”.

GamesBeat: What about Xbox One and a half?

Spencer: I don’t know. Not a big fan of one and a half. I think about what happens in most spaces. If I’m going to move forward, I want to move forward in big numbers.

While Spencer seems to understand his competitor’s motivations to possibly release an upgrade of an existing console, he and his Xbox team would only move forward if this means a “substantial change”.

Spencer: There you go. But I don’t know anything about any of the rumors out there. I can understand other teams’ motivations, why they might want to go do that. But for us, our box is doing well. It performs. It’s reliable. The service is up. If we go forward with anything, I want to make it a substantial change.

Do you feel that Microsoft should follow suit and possibly release an upgraded Xbox One in the near future? Or do your prefer to move forward in big numbers, just like Spencer? Hit the comments.

Randy Pitchford Doesn’t Seem to be Impressed with the Xbox Series X; Calls Out Phil Spencer