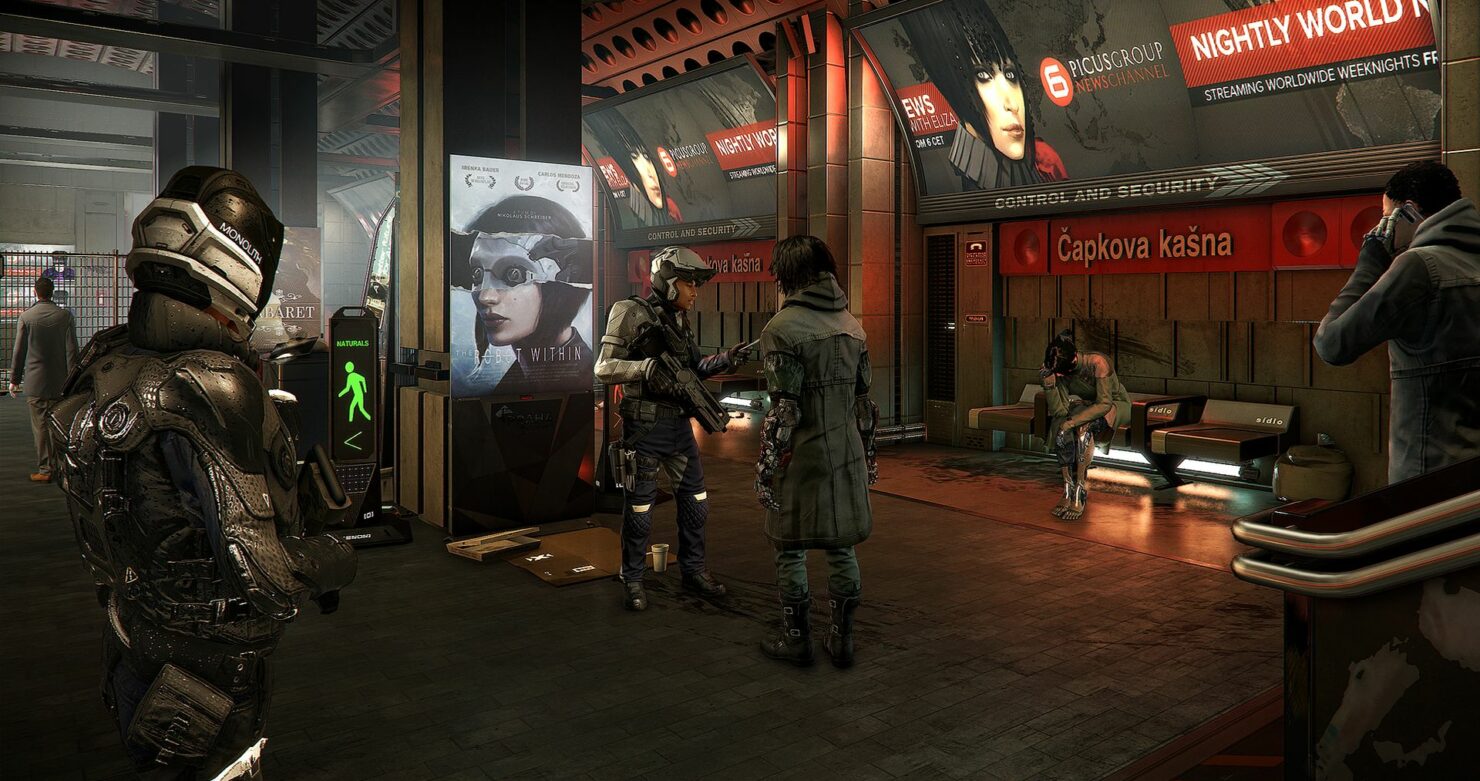 I recently got the chance to enjoy a brief hands-on demonstration of Eidos’ upcoming cyberpunk RPG, Deus: Ex Mankind Divided. In the game, players assume the role of Adam Jensen, the sharp-witted protagonist from the recent series reboot, Human Revolution (2011). Taking place just two years after the events wrapped up from the previous title, Jensen has allied himself with a futuristic Interpol to take down a terrorist organization filled with augmented humans, much like the cybernetic enhancements the player has been fashioned with in previous Deus Ex games. The opening moments confirmed much of what was shown in previous trailers: a world filled with political intrigue, prejudice against human augmentation, social disorder, and high-value targets that need to be dispatched in order to bring some sort of order to Dubai.

The individual player’s experiences in Mankind Divided can be adjusted with pre-mission loadouts where Adam can opt to go for a purely stealth approach, full-on breach and clear tactics, or somewhere in-between. In the interest of time, I went with a rifle as Adam’s primary weapon and kept his default skills that included augments to mask the sound of his footsteps and optical camouflage just in case a more subtle approach was needed.

Mankind Divided does a fine job of inserting optional tutorial segments as the need arises, from teaching the players about movement to the finer points of stealth and combat, both equally important depending on the player’s style. I opted to forego these tutorials, instead relying on previous experience with Human Revolution and the baser instincts honed from years of being terrible/lucky at stealth games. Perhaps learning a little more about some of Adam’s powers would’ve made for a smoother experience, but trial and error felt like the right choice, especially when learning the nuances of sneaking up on enemies and taking them out non-lethally.

When the need for firepower arises, which for some might be the very first time they come across an enemy Aug, the polished gunplay to Mankind Divided should delight the action-focused gamers out there. Hit markers give a quick at-a-glance notification of whenever bullets hit their mark and the visible recoil of a bullet striking the enemy in the head feels satisfying at any range. Ammunition felt scarce enough that Jensen wasn’t able to rely on just a single weapon throughout the entire mission. In most of the smaller fire fights, I would routinely pick up a fallen enemy’s SMG and use that whenever possible before swapping back to the heavier assault rifle that I chose to bring along as part of Adam’s loadout. Limiting the amount of ammo to be held in reserve or picked up from enemies gave me the feeling that perhaps shooting my way through everything might not be the smartest move and if I really wanted to go on a murderous Aug rampage, using the other tools and skills at Adam’s disposal is a smarter move.

Nearly twenty minutes in, after clearing through a few high-stakes firefights with the enemy Augs and a cutscene showing an arms trade gone wrong and an attack by mysterious people wearing golden masks, the tension was winding down and the pacing felt it was pretty clear that I was getting close to the target of this particular mission. Unfortunately, I was unable to see it through to the end as the console I was playing on locked up when trying to move out of cover. With my time nearly at its end with Deus Ex, I was disappointed to not be able to see the mission through to completion. Perhaps there was a silver lining to this, as I was able to note that the demo was running on native PS4 hardware rather than a PC hooked up with a DualShock 4 controller.

Although my time with Deus Ex: Mankind Divided was cut short by a console malfunction, I was able to establish a solid feel for the world they’re setting up and the methods Adam Jensen has at his disposal to help change its future. The gunplay feels more polished and intuitive than Human Revolution and some of Adam’s new tools feel like a natural progression in cybernetic enhancements. I’m looking forward to stepping back into Adam Jensen’s shoes when Deus Ex: Mankind Divided is released on PlayStation 4, Xbox One, and PC on August 23rd, 2016. You can check out some gameplay running on PC in the video embedded below, originally showcased during the PC Gaming Show at E3.