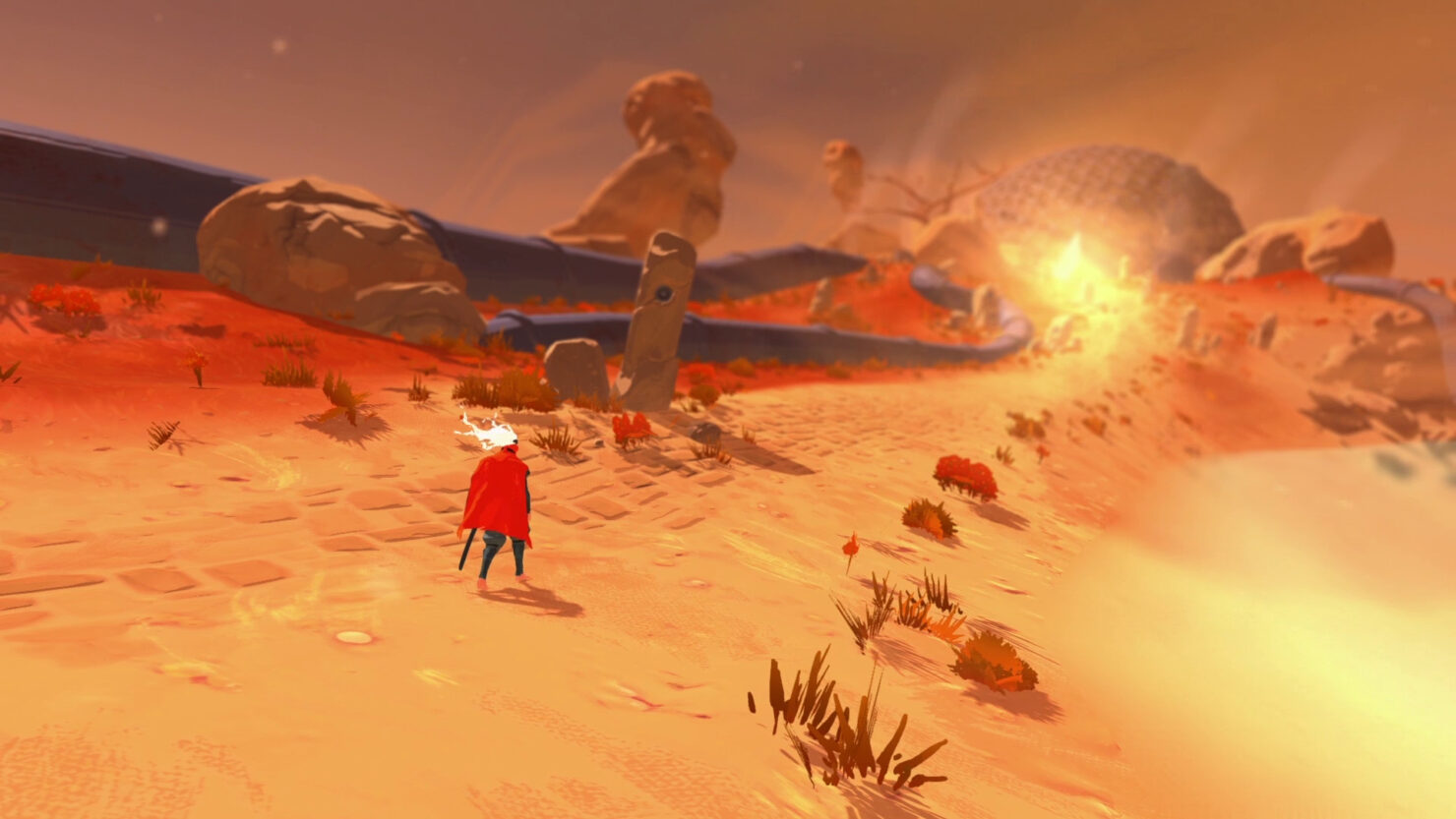 Furi is a somewhat unusual project coming out by way of The Game Bakers, a pair of ex-Ubisoft members that banded together with an idea for a studio back in 2010. With a small number of mobile and Nintendo games under their belt, Furi is the first title of theirs to be released on the Playstation 4 (with a release less than a month away!). This charming project distilled the character action style of swordplay (and gunplay) down into its purest form: stylish fights against bosses and little else. Gone are platforming sections, menus to pump stat points into, or even new areas to explore. At its core, Furi is a boss rush-style affair, with a tale of duels and a satisfying accompaniment of electronic beats to set the mood. Those familiar with the likes of Devil May Cry or NieR would feel right at home with Furi's stylish one-on-one action combat, with a little bit of bullet dodging from NieR thrown in for good measure.

More than the swordplay, more than the art style, it was the music to Furi was what kept me most interested in the experience. With a soundtrack boasting from acts such as Carpenter Brut and Waveshaper, the audio backdrop to combat kept my heart thumping and my fingers moving. Although muted by the bustling E3 show floor, enough of the soundtrack came through to give an energetic rush that matched the on-screen duel in intensity.

Facing off against The Jailer, Furi’s first boss of many, was a dance between two partners that both sought to end the others’ life. He would charge in with a swipe aimed for my character’s head, I would step back and return with a follow-up dash and quick three-note strike of my own. As the battle progressed in crescendo, The Jailer would add more varied attacks to his approach, adding in large arena-covering attacks at a range or the occasional teleport to clear the distance towards my character. This constant back and forth between our two combatants felt like a delicate concerto, breaks in the boss’ attacks giving me time to improvise a cadenza of flourishing swords and bullets.

Our dance ran into some missteps as it went on towards the five minute mark. Typically The Jailer would do a fine job of telegraphing its attacks, but as its roster of skills expanded during the multiple acts of our dance, on occasion I would forget a timely parry and take a damaging attack to the face before returning to a string of attacks that my character didn’t quite know how to counter. Whenever I missed one of these narrow opportunities, it took quite some time before The Jailer would once again be vulnerable. I’m sure that if I hit each cue on time, the fight would be a much shorter affair.

This extended duel felt quite draining by the time the enemy last fell upon my blade, a length that I'd have to trim down the next time I can get to play Furi. Thankfully the wait isn't too far off to once again pick up blade and gun. Furi will be releasing on both PlayStation 4 and PC on Tuesday, July 5th.