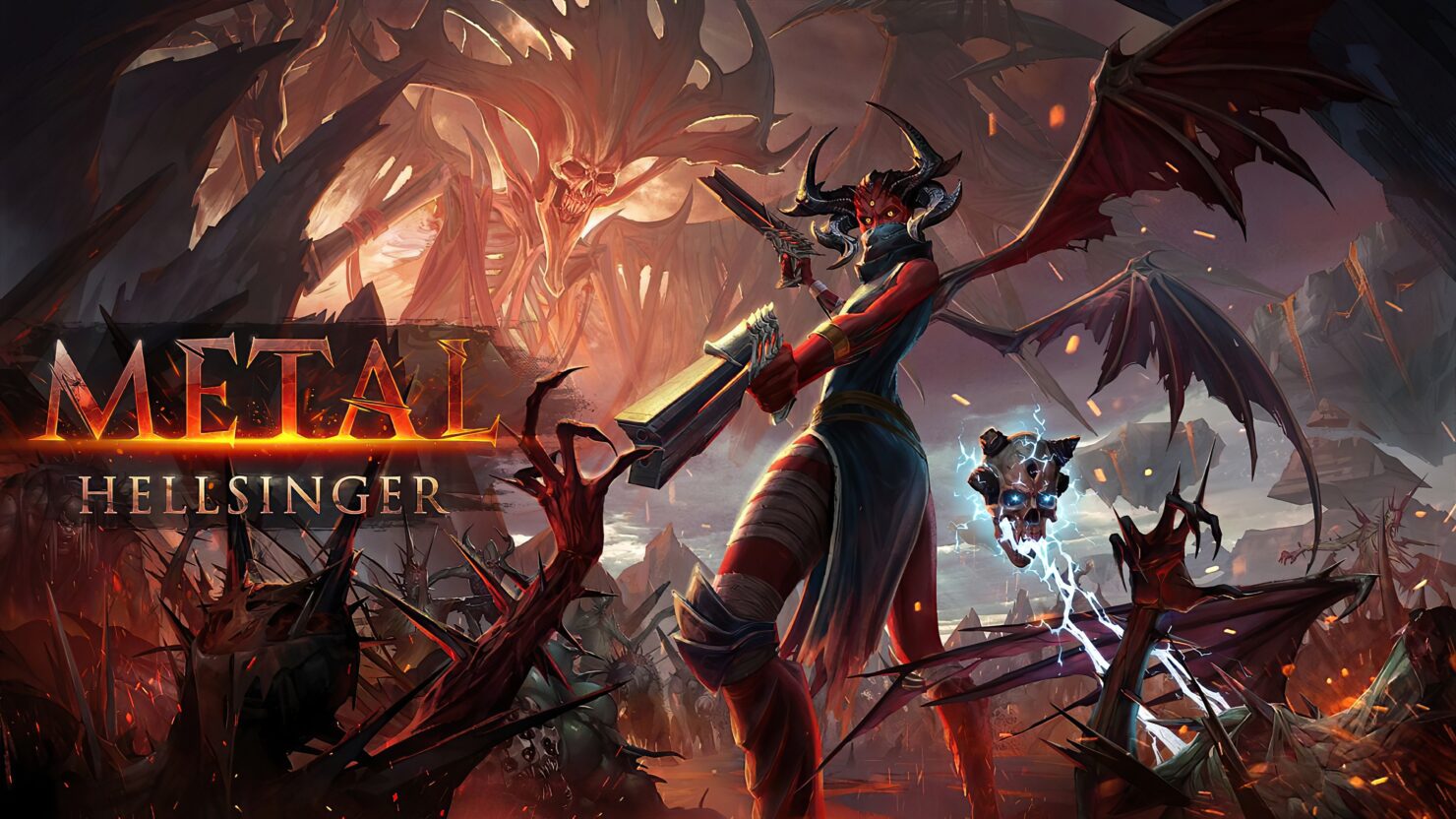 I love shooting games. I love rhythm games. Do you know what happens when you combine the two? You get Metal: Hellsinger. Or BPM (Bullets Per Minute), I suppose. But the focus of this preview is on the former rather than the latter. The game was one of the most exciting ones announced back in 2020's IGN Summer of Gaming live stream.

In it, you take on the role of a part human, part demon entity who goes by The Unknown. But really, who cares about the story? You are in hell; There are some demons to shoot down and slice in half. So, shoot and cut whatever's in your path while listening to the banging soundtrack.

Yeah, I am not beating around the bush here. Metal: Hellsinger has proven to be a fantastic experience with great music thus far. The demo that recently went public has left me wanting to play more and wishing the game could give me more than three songs to try out. I mean, three if you count the game's tutorial stage as one.

As seen in the first paragraph, the game will require you to unleash your inner rhythm demon and start bashing heads while remaining on beat. You have a visual indicator that will tell you when is the right time to perform a dash, hit enemies with your weapon, and, well, pretty much any action you are going to take.

Even reloading your ranged weapons needs you to stay on beat. Doing so will let you reload your weapons faster, keeping you in combat. It's a matter of learning how to become one with the song you're playing and shooting the bad guys while keeping your game sense and environmental awareness in check.

The game has a more arcadey style than BPM if we're going to make a comparison. Instead of being a roguelike, it focuses more on the classic stage-to-stage formula where you play through a series of hallways filled to the brim with enemies. Or, more accurately, you could say that it's filled with heads that you will shoot down and slice in half.

Enemies are aggressive, so you need to either kill them fast or dodge their attacks to be able to survive while keeping a high score. It's not just a matter of shooting with the beat but also learning how the enemies work and making sure they don't hit you. If you end up taking a hit, you'll end up losing part of your score multipliers and eventually die.

The best part about Metal: Hellsinger is that the music takes on a dynamic property. As you play, you will gain what's known as Fury; a multiplier that will affect your performance in both the score and the damage you deal. The more Fury you gather by staying on beat will give you a higher multiplier. As you can imagine, this is where the dynamic music comes to play.

While you are killing enemies, the music will intensify alongside you. You can even listen to the song's vocals when you reach the highest multiplier for Fury (x16). It's essential to keep your Fury meter high as it enables you to kill many enemies quicker and lets you unleash powerful attacks.

You also gain access to Ultimate Attacks, which will allow you to perform some downright broken stuff. Using the dual pistols' Ultimate, for example, gives you access to a clone of yourself that will automatically shoot at any enemies that come to its line of sight. This, in turn, will keep your Fury meter high while you explore the stage for collectibles or try to regain your footing in the case you are scrambling for healing.

Speaking of which, if you end up taking a lot of damage, you have two reliable ways of healing yourself. You either perform an execution attack (which could be a lot more brutal, though I may be too spoiled by DOOM here), or you shoot one of the various green crystals around you. Execution attacks are risky to perform, though, as you have to do it on beat as well.

But hey, it looks cool when you manage to perform several executions in a row while your enemies keep falling one by one. Many of the ultimate attacks are really good at keeping enemies at bay or letting you become more aggressive.

The demo ended with a boss fight that, in my opinion, was one of Metal: Hellsinger's weaker aspects. This is because, while you're supposed to stay in rhythm, the boss is pretty much allowed to remain offbeat most of the time, which makes it harder to dodge its attacks. But honestly, that's just a minor complaint as I only could test out one boss in this preview build.

Like other rhythm games, I recommend players calibrate the game through the in-game calibration tool before starting. This is important as remaining on beat is an essential aspect of the game's mechanics and as such, you can't have your monitor or your sound system delay your inputs.

Metal: Hellsinger, unfortunately, has some glaring issues right now regarding stability. While I didn't encounter any performance issues at the highest settings, it did disappoint me that the game crashed on startup so many times I've had to reinstall it 20 times across several HDDs until it felt like running. I also got reminded of how annoying Windows' Sticky keys can be through this game because the game's Dash Button is located on the Left Shift key.

Overall, Metal: Hellsinger is on the right path to becoming a great game once it releases this year. Whether or not it succeeds depends on how they address some of the complaints I had throughout this preview. All we have left is to wait and see what the game will do in the near future and how good the music will be.