I previewed Metal: Hellsinger back in May, and I said that while it had the markings of a fantastic game, it had several stability issues that prevented me from having a good time. Now that we've got the opportunity to review the full thing, I took it upon myself to play the game and see what improved and what didn't.

But still, I know some of y'all love my background stories, so I'll repeat myself for those who haven't seen them. My love for rhythm games and shooting games is almost on equal terms. I adore the way rhythm games tend to reward you heavily for staying on the beat (this is why I have a Pump it Up setup, folks), and I love the frantic nature of shooters because most of them challenge your quick-thinking skills while demanding precision out of you.

Metal: Hellsinger Adds Mod Support on PC; Allowing Players to Create Their Own Music for the Game

So, what happens when you combine the two? You get Metal: Hellsinger, a game that takes you through hellish challenges with some heavy metal music to bless your ears along the way. Unlike BPM: Bullets Per Minute, this game makes the rhythm mechanics its entire focus. As such, it's more important than ever that the game remains a rewarding experience for rhythm game enthusiasts and shooter fans looking for a way to spice things up.

How does this game fare? Well, let's begin.

You take control of a half-demon entity known as The Unknown, who is a Hellsinger willing to take on the Judge (basically The Devil) for stealing her voice. The Unknown is accompanied by a talking skull trying to recover his memories and doubles as the story's narrator. This character might as well be the best character ever, in my opinion. Namely, because his narration is filled with quips of an ol' Texan cowboy tellin' you about the story of the Hellsinger.

That very narration feels oddly appropriate for this sort of game, mainly because it helps build the world itself with some personality attached to it. The best part about this is that Unknown will tear the world apart while the skull narrates the whole thing, even during gameplay. The story itself? Eh, it's as standard as it gets. It really doesn't do much outside of explaining a premise about why you are going through each of the Hells to take down the Judge's aspects.

Frankly, I stopped giving much thought about it from the start. I was mostly focused on the actual aspect that defines this game: The gameplay. Still, the game is decent in its presentation, and its story can be quite intricate if you want to approach it. You'll unlock more information surrounding the characters and the monsters you fight as you go through the game. Then, you'll be able to read up on it through the game's Codex to learn more about the game's mechanics, the weapons you get, and the monsters you fight alongside some hidden bits of lore.

Still, I can't deny that the game's story is one of the game's weakest aspects. But honestly, I think that the game deserves to be cut some slack in that regard because it's not the thing that it wants the player to focus on, and it leaves enough tidbits for those willing to read through it. So, let's take a break from the story and focus on the gameplay, at long last.

In my preview of Metal: Hellsinger, I talked about the importance of being on-beat. The game will require you to unleash your inner rhythm demon and start bashing heads while remaining on beat. You have a visual indicator that will tell you when is the right time to perform a dash, hit enemies with your weapon, and pretty much any action you are going to take.

The thing here is that, unlike BPM where you can turn this off, Metal: Hellsinger's entirety works around the beat and the songs. Some enemy attacks have patterns that follow the beat of the music; the damage you do with your weapons increases the closer you are to the beat; your multiplier dictates how much of the music you get to hear. Everything in this hell will be subject to the music and the way you play around the rhythm.

The game isn't a roguelite, at least. So, you'll be able to play through each of the 8 stages (excluding the tutorial) to your heart's content with all the weapons you unlock as you progress through the story. Don't worry; you have most of the stuff unlocked by the 4th stage, and you'll be able to mix and match your weapons as you see fit.

My favorite weapons are the Crossbow and the Dual Pistols. The crossbow for its incredibly powerful nature (especially when combined with the Ghost Ammo perk) when you actually stay on beat while shooting it and the Dual Pistols due to how easy it is to rack up hits in the Hit Streak counter, thanks to its consistency.

This weapon selection is backed by a very challenging game (even on Normal Difficulty) for players who aren't experienced in shooters or rhythm games. As I mentioned before, the enemies in the game are relentless, so you'll be facing hordes of demons that will either throw themselves at you and chip away at your health with physical attacks or demons that will use ranged attacks to punish you for standing still.

And yes, it's important to stay moving as you must dodge enemy attacks every second or so. You have to stay on your toes and shoot the enemies as they show themselves while staying on beat to get Perfect hits and kill them faster. Doing so multiple times in a row will increase your multiplier, and with it, you'll be able to hear the game's music in all its glory as you tear through enemies.

You also gain access to Ultimate Attacks, which will allow you to perform some downright broken stuff. Using the dual pistols' Ultimate, for example, gives you access to a clone of yourself that will automatically shoot at any enemies that come to its line of sight. In the case of the default Sword you start with, you can use its Ultimate Attack to kill enemies quickly through a barrage of strikes.

The Unknown isn't invincible, however. So if you take some damage, you have two reliable ways of healing yourself. You either perform an execution attack or shoot one of the various green crystals scattered around each level section. Execution attacks are risky to perform, though, as you have to do it on beat as well, and you can only attempt to perform one so many times before the enemy recovers, making you lose your Execution chance.

Each stage culminates in a boss fight, which is one of the game's weakest aspects because nothing about it is as dynamic and tightly woven as the stages themselves. This is because, while you're supposed to stay in rhythm, the boss is pretty much allowed to remain offbeat most of the time, making it harder to dodge attacks.

And honestly, it isn't even that challenging to take the bosses down as they will essentially try to strike you down with projectiles you have to dodge while they stand still in the middle of the field. Some enemies, dare I say, are way more aggressive and challenging than the bosses themselves.

If you think the complaining ends here, you've got another thing coming. Some of the arenas you're put in are big and have multiple obstacles spread throughout. While this sounds advantageous to you, it ends up being an annoyance when you are looking for the one enemy that suddenly is missing after you slaughtered their friends, hoping that you don't take long because otherwise you'll unfairly lose your multiplier in the process.

It also baffles me that the calibration system got downright broken at some point between when I previewed the game and now. Like other rhythm games, I recommend players calibrate the game through the in-game calibration tool before starting. I did this over six times and the game couldn't decide on a consistent delay time for my display/audio calibration tests. Some of the tests came with 0ms delay, and some came with delay as far as 98. I had to downright test random delays myself until I could somewhat comfortably play the game.

I mentioned in the preview that the game had stability issues and startup crashes, and, thankfully, those have been fixed. But, to be honest, I would rather take the game crashing hundreds of times over a broken calibration system because the crashes don't make the game unplayable. But a faulty calibration system does. Hopefully, this issue will be remedied through patches and quality-of-life improvements.

What does all of this amount to anyway? Well, Metal: Hellsinger doesn't have much additional content besides some challenge modes that you can clear out in a matter of hours. The greatest aspect about these is that they can include a gimmick such as switching your weapons with each kill or removing the ability to heal while letting you deal more damage as your health drops closer to zero.

Other than that, you can try to get to the highest spot on the leaderboards, complete the stages to a perfect degree (which can take even days due to how many inputs you have to not fumble up) or love the amazing music by The Outsiders. Honestly, Metal: Hellsinger doesn't have much in terms of content, but damn, does it make up for it with its replayability.

Its arcade style and dynamic approach to battles and music help the game become a unique experience you will not find in other games like it. Honestly, just the soundtrack alone is enough reason to purchase this game, as a lot of effort clearly went into making multiple versions of the same track with different compositions. There's not much else I can say, but here's hoping that the Hellsinger's song is loud enough for someone to listen to. 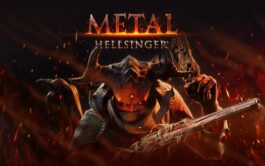 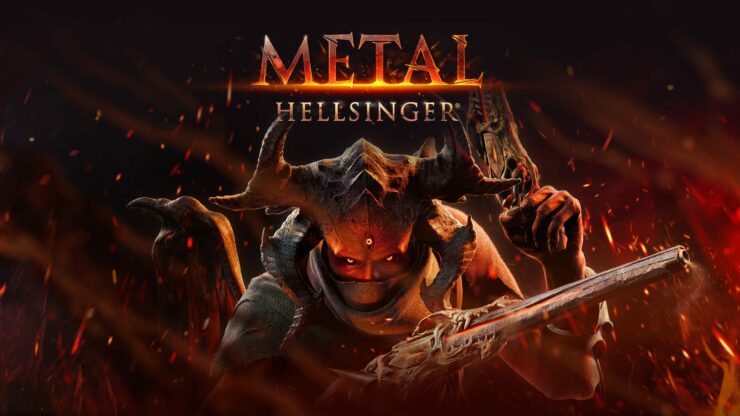 Metal: Hellsinger offers a great variety of metal songs that will make your journey through hell a very pleasant one. Combined with the relentless enemies and dynamic gameplay, this game is sure to give you hours of entertainment so long as you know how to stay on the beat.

The Last of Us Part I, Splatoon 3, and more Exciting Games Coming Out in September