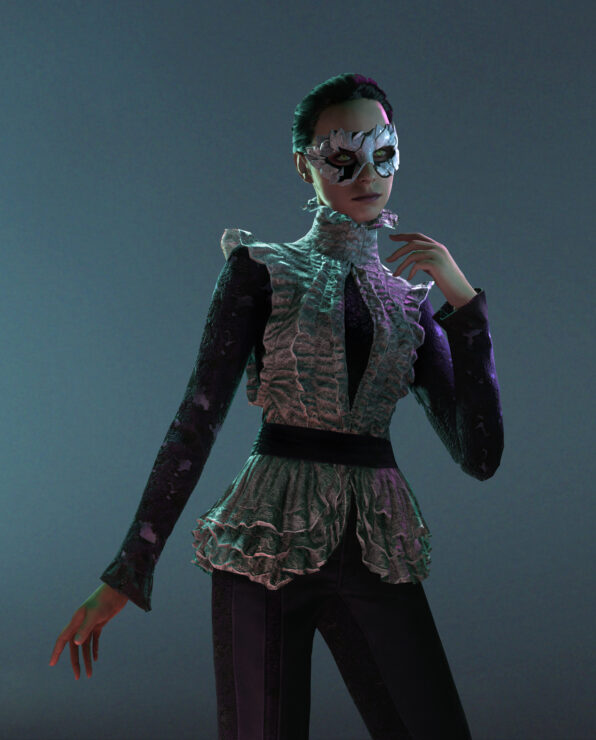 The Malkavian is the fifth and last clan featured in Vampire: The Masquerade - Bloodlines 2 at launch, as revealed yesterday by developer Hardsuit Labs. Previously confirmed clans include Tremere, Ventrue, Toreador and Brujah and others will be added post-launch as free DLC.

As fans of Vampire: The Masquerade already know, this clan's curse is insanity, though it also comes with exclusive abilities that they are able to use to mess with anyone else's minds.

Malkavians invade the minds of their victims, using Dementation to impart an imperfect version of their psychoses on them. Auspex allows Malkavians to slip deeper into their condition, expanding their senses beyond the boundaries of their bodies.

Use of Dementation, while thoroughly unsettling, is not a Masquerade Violation.

Use of Auspex is not a Masquerade Violation.

Vampire: The Masquerade - Bloodlines 2 is currently set to launch on PC, PlayStation 4 and Xbox One on March 2020. On PC, the game will feature ray tracing and Deep Learning Super-Sampling thanks to the partnership with NVIDIA.

Vampire: The Masquerade – Bloodlines 2 Delayed to Avoid the Mistakes of the First Game