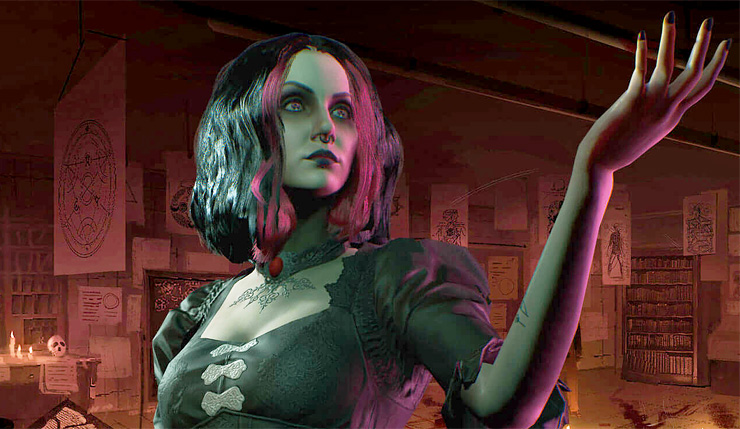 Vampire: The Masquerade – Bloodlines 2 will give players plenty of bloodsucking options, eventually allowing them to join one of five full-blooded vampire clans. Last week publisher Paradox Interactive unveiled the brutish Brujah, and now they’re showing off the Tremere clan. Basically a mix of vampire and witch, the Tremere have access to powerful blood magic in addition to the usual vampire powers. You can check out an animated teaser for the Tremere, below.

Here’s the official breakdown of the Tremere and their two disciplines, Thaumaturgy and Auspex:

Knowledge-obsessed, usurpers, warlocks, heretics, blood witches; the Tremere get called many things. Bloodlines 2 players who choose to join their ranks gain access to the secrets of two new Disciplines on top of the individual powers from their Thinblooded past.

Few secrets are guarded more jealously by the Tremere than their signature Discipline: Blood sorcery. Followers of the Path of Blood gain almost unparalleled destructive power.

Nothing stays hidden to those who master the Discipline of Auspex. By expanding their own senses beyond the boundaries of their bodies, these Kindred inch ever closer to their personal idea of perfection.