Vampire: The Masquerade Bloodlines 2 Announced, Due in Q1 2020; Will Feature Ray Tracing and NVIDIA DLSS 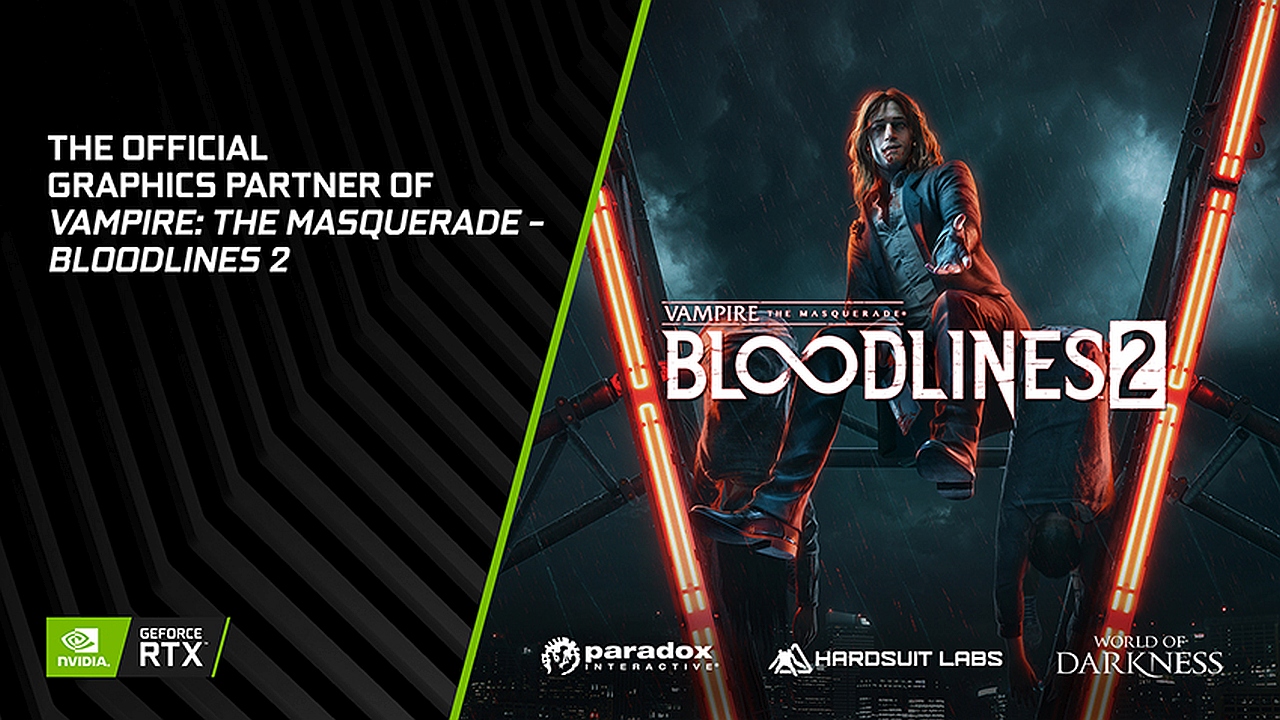 Fifteen years after the release of the first installment, Vampire: The Masquerade Bloodlines 2 has been announced by Paradox Interactive, as previously teased with the Tender ARG. It's in development at Hardsuit Labs, the studio previously known for Blacklight Retribution.

Interestingly, the designer and writer of the first Bloodlines game, Brian Mitsoda, has been brought on board to work on Bloodlines 2 as Lead Narrative Designer. Also, as previously reported Chris Avellone has also worked on Bloodlines 2.

Here's what Mitsoda said in a statement:

When Paradox announced they were acquiring the World of Darkness IP, I immediately started thinking about what it would be like to return to Vampire: The Masquerade. Our aim has been to carry on the signature themes that made Bloodlines unique - particularly its dark tone, atmosphere, and humor - and I think that fans of the original will love what we’re doing with Bloodlines 2.

At Hardsuit Labs we’re proud to have assembled a team of industry veterans who have worked on blockbuster titles, ranging from narrative-driven RPGs to action-packed shooters. We started working on our pitch almost immediately after we heard that Paradox had acquired the IP and I’m thrilled that Paradox recognized our passion and abilities. We are honored to be bringing Bloodlines 2 to fans all over the world.

Fans of the original Bloodlines have been hungry for a sequel for a long time, and we began to hear those suggestions -- well, demands -- as soon as we began to work with the World of Darkness. We all understood what this opportunity could mean, but it was essential for both us and for Hardsuit Labs that any sequel should be done properly; a true successor guided by the people who knew what made the original so special. Keeping this game a secret for the last few years has been quite the Masquerade for us! It’s both exciting and relieving to finally let everybody know what we have in store for them.

The game is expected to launch in about a year from now on PC, PlayStation 4 and Xbox One and you can already pre-order it via Steam. The press release also reveals that the developers have partnered with NVIDIA to add real-time ray tracing and DLSS (Deep Learning Super-Sampling) to Bloodlines 2 on PC.