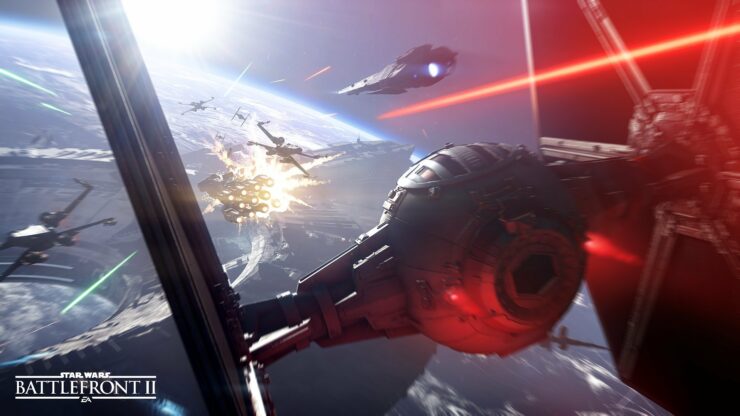 In an interview published on VentureBeat, Douglas Reilly (Vice President of the Lucasfilm Games Team at Disney Interactive) talked about the partnership with Electronic Arts and specifically of the recent controversy that has surrounded DICE's Star Wars Battlefront II because of the loot box system.

We have input and they take feedback from us across the whole spectrum. We work together very much to understand how those systems work and what they’re trying to achieve, how they touch the brand, and how they affect the consumer experience. I think the challenge, and it’s one that everybody’s facing in this industry—running live services requires tuning and tweaking, and sometimes you don’t get things right the first try, once you put it in the hands of hundreds or thousands or millions of players. You continue to learn how they interact with the things you’ve made, and you run into things you have to adjust along the way. That’s the unfortunate reality of making games with a live service component.

I can’t think of anything that would be a continuity concern, as much as it is—we just want to make sure people are having a great Star Wars experience, at the end of the day. To the extent that those systems affect the quality of the experience, we’re always going to have a point of view about how they get implemented.

It sounds like the folks at Lucasfilm (and, therefore, Disney) were well aware of how the progression system was closely tied to the loot box system in Star Wars Battlefront II, then, contrarily to the popular narrative that they were blindsided by this.

However, their input might have played a role in forcing EA's hand in an effort to prevent damage to the Star Wars brand, especially with The Last Jedi so close to being launched in theaters.

The question remains, though - will microtransactions be way more balanced and palatable for customers when they are reintroduced? And even in that case, could it be too late for Star Wars Battlefront II?