Adobe sent a patch for a few critical vulnerabilities to Flash Player yesterday, that were being actively exploited. The vulnerabilities affected all the versions of Microsoft's Windows operating system, along with OS X, Linux and Chrome OS. Microsoft has now announced to join other companies to push Adobe's Flash Player to its deathbed. The company has announced that the Windows 10 Anniversary update will intelligently pause Flash content on the Edge browser. 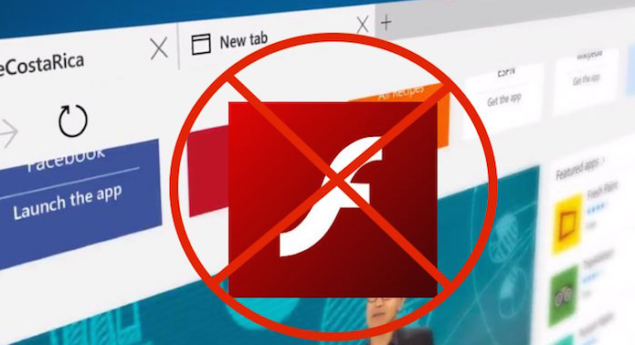 Similar to Google's Chrome, Edge will display content like Flash animations or ads in a paused state. Users will have to click on it to play it, however, games, videos or any other content that is central to the web page will not be affected by this strategy. This will "significantly" reduce power consumption and improve the performance of the browser. Mozilla and Google dropped support for Flash by default in Firefox and Chrome, last year. Among other major technology companies, Facebook also dropped support for Flash in favor of HTML5.

Microsoft Edge gets an auto-pause feature for Flash Player

Flash has been an integral part of the web for decades, enabling rich content and animations in browsers since before HTML5 was introduced.  In modern browsers, web standards pioneered by Microsoft, Adobe, Google, Apple, Mozilla, and many others are now enabling sites to exceed those experiences without Flash and with improved performance and security. This transition to modern web standards has benefited users and developers alike.  Users experience improved battery life when sites use efficient web standards, lowering both memory and CPU demands.  Developers benefit as they are able to create sites that work across all browsers and devices, including mobile devices where Flash may not be available.

We encourage the web community to continue the transition away from Flash and towards open web standards.

Windows 10 Anniversary Update is slated for a release this summer, bringing some major updates and new features to the operating system. The update will also bring Bash shell and Linux commands to Windows 10, which is already being tested by Insiders on Windows 10 Insider Preview build 14316. If you want to test Microsoft Edge's Flash-pausing features, you don't have to wait until the Anniversary Update, as this feature too was released to Windows Insiders earlier this week.