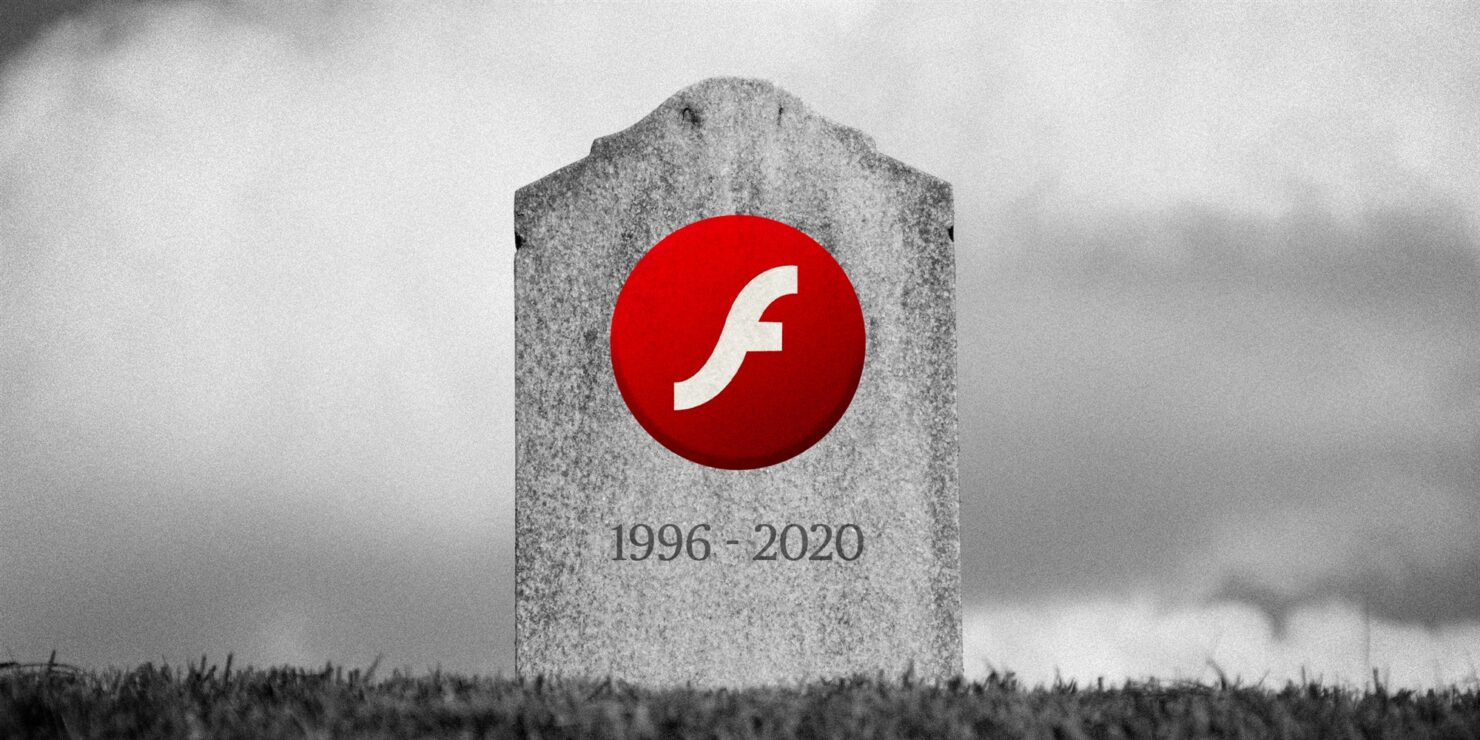 After over two decades, it's time to finally say goodbye to Adobe Flash Player. As decided by Adobe and industry leaders back in 2017, the support officially ends today and the company will now stop updating and patching Flash Player with content being blocked starting January 12.

"Since Adobe will no longer be supporting Flash Player after December 31, 2020 and Adobe will block Flash content from running in Flash Player beginning January 12, 2021, Adobe strongly recommends all users immediately uninstall Flash Player to help protect their systems." - Adobe

Today marks the final scheduled release of Flash Player for all regions outside of Mainland China. We want to take a moment to thank all of our customers and developers who have used and created amazing Flash Player content over the last two decades. We are proud that Flash had a crucial role in evolving web content across animation, interactivity, audio, and video.  We are excited to help lead the next era of digital experiences.

Microsoft has already initiated the process to block it from almost all versions of its desktop operating systems, having recently released an update (KB4577586) to remove the software. Some users have also started seeing alerts to uninstall Flash Player. 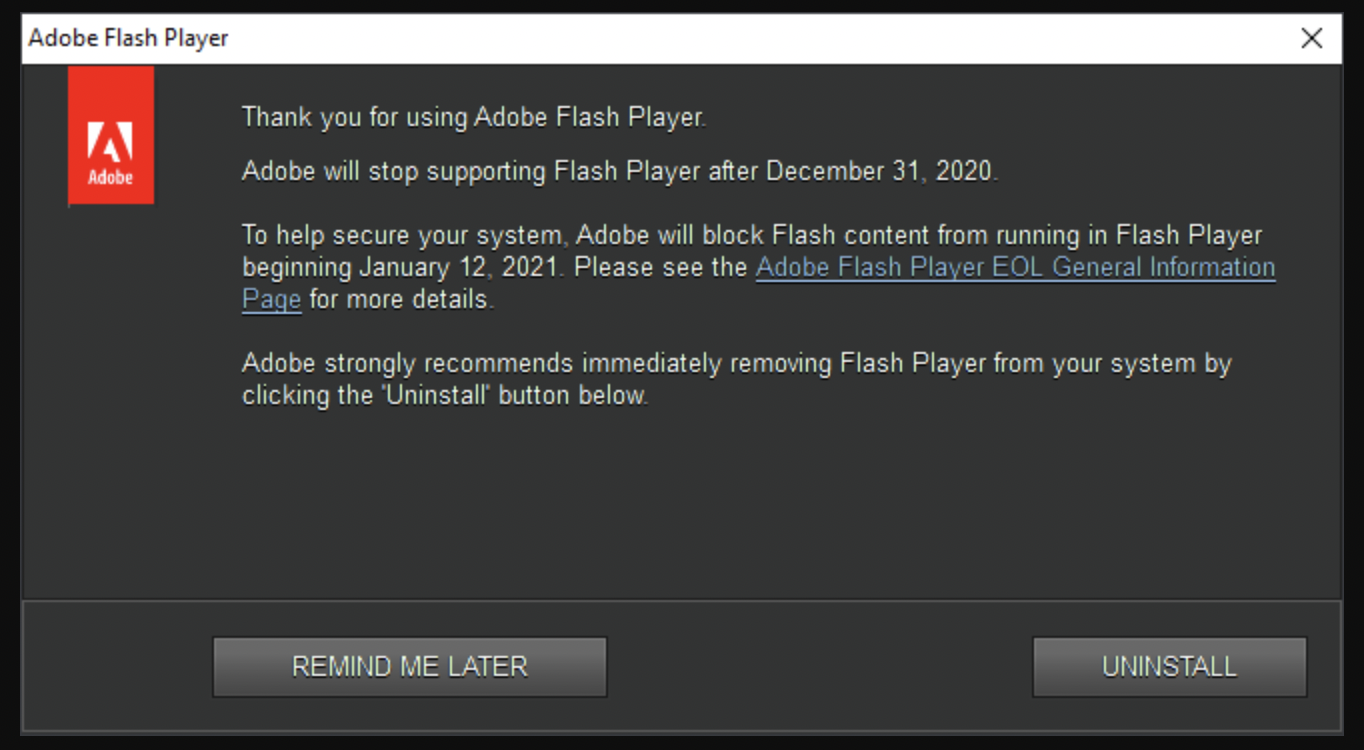 Designed in a time when there weren't enough industry standards, Flash enabled developers create video games and multimedia content that could be consumed by users running different devices and browsers. Adobe acquired Flash in 2005 at a time when it was running on over 98% of all personal computers connected to the internet.

However, over the past several years, Flash Player has been responsible for tons of security issues. Regardless of these issues, Flash Player did define an entire era for internet users. Going forward, the Internet Archive plans to preserve some of the most popular animations, games, and videos that were made possible thanks to Flash Player.

"Utilizing an in-development Flash emulator called Ruffle, we have added Flash support to the Internet Archive’s Emularity system, letting a subset of Flash items play in the browser as if you had a Flash plugin installed," Jason Scott of IA wrote. "While Ruffle’s compatibility with Flash is less than 100%, it will play a very large portion of historical Flash animation in the browser, at both a smooth and accurate rate."

A list of some of the most influential content from that time can be seen over in this collection. For more details on how this End of Life is being handled, check out these FAQs by Adobe; for details on how enterprise users can have access to the software for internal use, check out this advisory by Adobe.