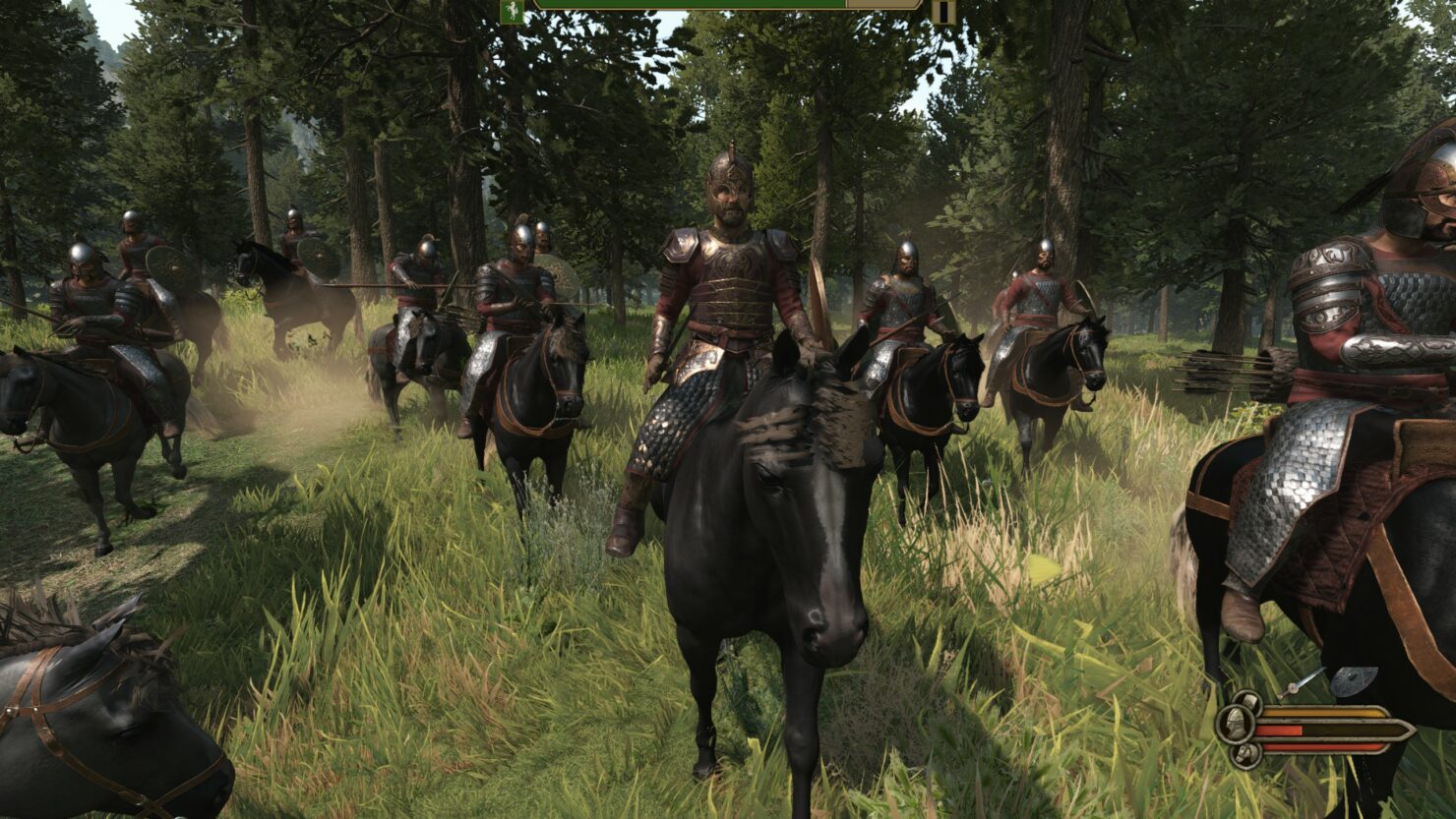 King Théoden of Rohan and his Royal Guard.

TaleWorlds Entertainment recently released the full-fledged mod tools for Mount and Blade II: Bannerlord and already there are some interesting projects on the horizon, such as Kingdoms of Arda.

This is, as you might have guessed, a total conversion mod that aims to bring the Lord of the Rings universe into Mount and Blade II: Bannerlord as detailed below.

Kingdoms of Arda is a Singleplayer & Multiplayer total conversion of Mount & Blade II: Bannerlord, that brings the world of Tolkien into the game. This includes: characters, locations, weapons etc. from The Lord of the Rings, The Hobbit, Silmarillion and other works by Tolkien and media made for his universe.

The modding team had a headstart on the Bannerlord tools, having been invited in the testing phase by TaleWorlds Entertainment. As such, they were able to get to grips and start doing some work; a few days ago, they've showcased a portion of the plains of Rohan. The YouTube channel even includes several tutorial videos for those interested in learning how to operate the tools.

As with most of these mod passion projects, Kingdoms of Arda doesn't have a release date yet. In fact, the developers said a playable version is still far off, but we'll let you know once there are any noteworthy updates.

Meanwhile, in related Mount and Blade II: Bannerlord news, the game is about to get NVIDIA DLSS support with a patch coming sometime next month.