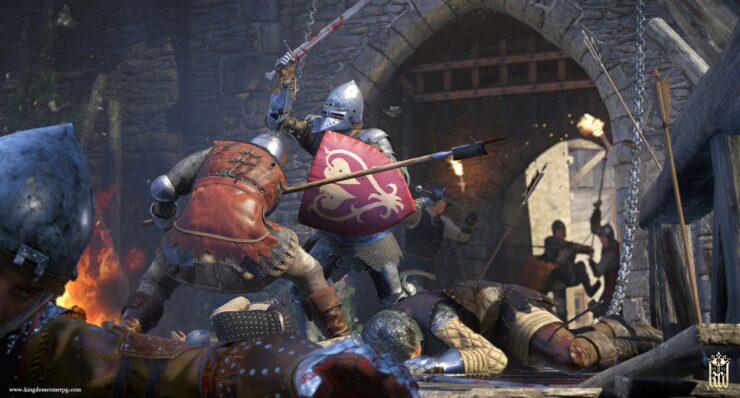 [Update] Warhorse Studios' Jan Rucker has confirmed that patch 1.4.3 for PlayStation 4 has also been send out for certification by Sony, and should be available next week.

Patch 1.4.3 (1.06) for #PS4 was send out for certification just now! It will bring all the fixes that are in 1.4 and later patches. It should be available sometime next week. #KingdomComeDeliverance

[Original story] Kingdom Come Deliverance patch 1.4.3 for Xbox One is expected to release next week, and has now been send out for certification.

The update will include all recent patches from 1.4 and upwards. Interestingly, the 1.4.3 patch for PC and PlayStation 4 is still being worked on, but developer Warhorse has promised that it will follow “soon”.

Patch 1.4.3 (XBox 1.0.0.178) was send out for certification for @Xbox One today.
It will contain all recent patches from 1.4 upwards & should be available for users at some time next week.
The PS4 & PC versions of the patch are still work in progress and will follow soon. pic.twitter.com/Oy8OrobWvh

Patch 1.4 was released for PC last month, but console players are still waiting for the update to be released. Earlier this week, Warhorse already shared that they intend to update the console versions to the latest version through a larger update that combines multiple patches. “Right now we are releasing this minor patches faster than certification would be”, the developer said. ”They would start from scratch again with every update. So we put all recent patches together for console users and then we will give it to certification this week.”

We’ll keep you updated as soon as we learn more about patch 1.4.3.