Patch 4.3.2 will mark the first official patch release of World of Warcraft in the year 2012, while the patch addresses the usual issues it fixes a lot of bugs and as usual helps making the game a better place for the players, while the patch does add something other players may not like there are also some changes which people will be glad to see. 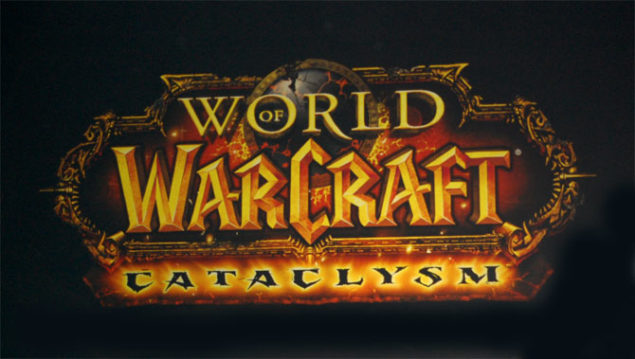 Considering how World of Warcraft is still one of the best pay to play MMORPG's in today's market despite it losing subscriber the game is still sticking by it's pay to play principle in order to maintain a good quality player base, while many free to play MMORPGs are available they are easily over run by hackers and freebies who ruin the game for everyone else and that's what makes World of Warcraft truly amazing.

While Star Wars: The Old Republic could be the next big thing in MMORPG but only time will tell whether it will have what it takes to dethrone World of Warcraft from the high horse it has been on for a VERY long time now, Could ToR succeed where many others have failed? let's wait and see.

Below are the patch notes for patch 4.3.2, while the release date has not been announced yet but it should be implemented shortly considering the changes aren't those many:

The first World of Warcraft: Cataclysm patch of the year is in development and now available for testing on the Public Test Realms. This minor patch includes several updates that we were unable to apply via hotfixes, including the recently announced cross-realm raids, assorted class balance fixes, and more. If you'd like to help us test out this patch and provide feedback, you can start by copying your character over to a test realm. Once you've had a chance to try things out, be sure to visit our Public Test Realm forum to discuss the patch.

Vengeance is no longer triggered by receiving damage from other players.

The Tier 13 Balance Druid 4-piece bonus now also increases the damage of Starsurge by 10%, in addition to its current effect.

Aspect of the Hawk now grants roughly 35% more attack power.
Deterrence now also reduces damage taken by 30% while active.
Black Arrow now ticks every 2 seconds for 20 seconds, as opposed to every 3 seconds for 15 seconds. The total damage dealt by the ability is unchanged.
Lock and Load no longer benefits Arcane Shot, nor is it consumed by Arcane Shot.

Mass Dispel should again prefer dispelling targets that have magic effects that can be dispelled.

You can now form same-faction raids with Real ID friends, allowing you to enter Raid Finder in groups larger than 5, run older normal or heroic raids, or participate in Battlegrounds. You will not yet be able to run normal or heroic Dragon Soul with cross-realm raids of Real ID friends.
Several typo fixes and clarified descriptions have been added to the Dungeon Journal entries for Dragon Soul.
Players can no longer win multiple copies of the same item on a single Raid Finder boss kill. For example, a player who chooses Need on two set piece tokens or two weapons and wins the first, will not be eligible for the second on that particular boss.
Baradin Hold

The roaming Eyes of Occu'thar have been replaced by hateful creatures who serve Alizabal.

The visual warning for Twilight Elites' Blade Rush should be easier to see.

Vial of Shadows damage (Lightning Strike) has been reduced to approximately one-third of previous damage. However, it will now trigger approximately 3 times as often. This is intended to keep overall DPS the same while reducing burst damage, especially in PvP.