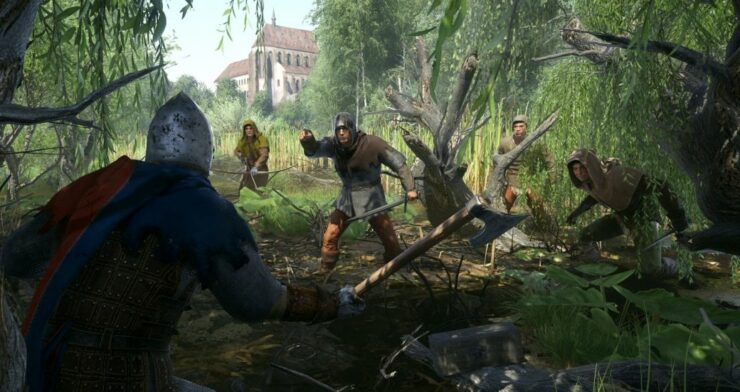 As covered earlier, the patch hasn’t been released yet due to a “bizarre” in-combat bug that hasn’t been resolved yet, but if all goes well, the patch will be deployed later tonight, Vávra said on Twitter.

“If everything goes well patch 1.4 is gonna be live on PC tonight together with some free DLCs”, he wrote on Twitter. The patch will be deployed on both PS4 and Xbox One following certification next week, he added. As with previous console updates however, these might take longer than a week to go live.

If everything goes well patch 1.4 is gonna be live on PC tonight together with some free DLCs. ? Consoles after certification next week.

The contents of patch 1.4 are unknown at this point, although Vávra did confirm that the screen shake bug will be resolved. In addition, the patch will offer some “cool new stuff”.

Kingdom Come Deliverance is available now for PC, PlayStation 4 and Xbox One.