Jurassic World Evolution Stars Jeff Goldblum, Who Will Be “With You The Whole Game” 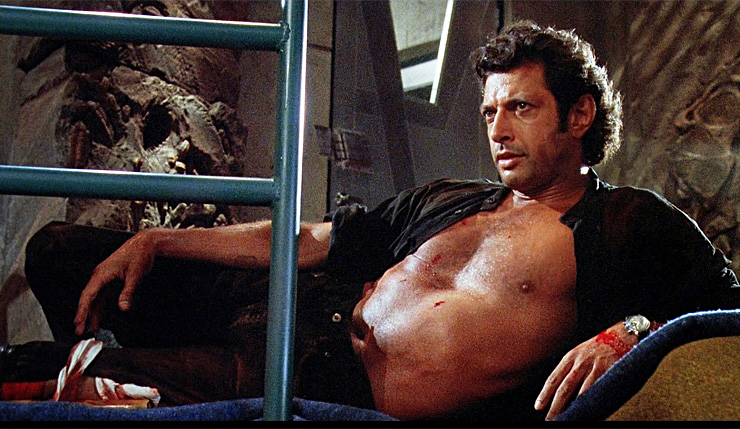 Jurassic World Evolution has, uh, found a way to rope in Jeff Goldblum. The seemingly-ageless actor will be making his big screen return as Dr. Ian Malcolm in Jurassic World: Fallen Kingdom this summer, but it sounds like he’ll be contributing in an even more significant way to Jurassic World Evolution – according to Goldblum himself, he’ll be with players throughout “the whole game.” He also gives Evolution 10 out of 10 Golblums, which is a pretty ringing endorsement!

Here’s a bit more info about what role Goldblum will play in the game:

The game tells an all-new story that touches on key characters and events from across the Jurassic World film franchise. Jeff Goldblum as Dr. Ian Malcolm guides players through the moral choices and tactical decisions that will test their building and management skills as they attempt to successfully run their own Jurassic World.”

For those who haven’t been keeping up, Jurassic World Evolution is a new dino park management sim from Frontier Developments (Elite Dangerous, Planet Coaster, Zoo Tycoon). You’ll be able to manage parks on multiple islands and can choose what you want your focus to be – safety, scientific discovery, or making money. Of course, since this is a Jurassic Park game, things can and will go spectacularly wrong, with players having to deal with with storms, power outages, dino breakouts, and corporate espionage. It seems like Frontier is going above and beyond to make the ultimate Jurassic Park sim experience, and the addition of Jeff Goldblum only adds to that.

Jurassic World Evolution stomps onto PC, Xbox One, and PS4 in mid-to-late 2018.