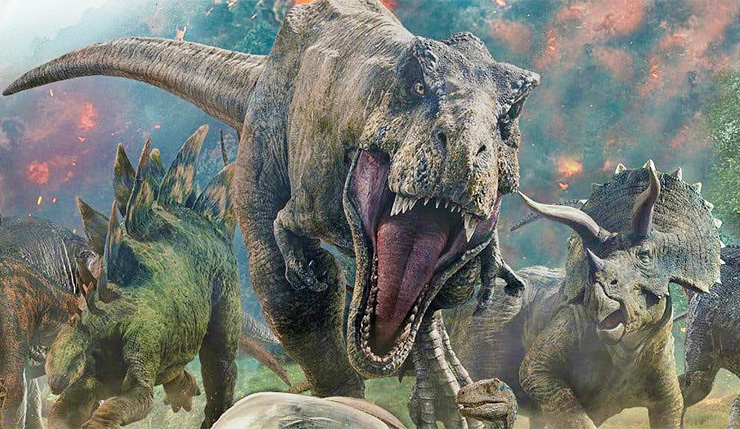 The Jurassic Park/World franchise has crossed over into the world of video games numerous times over the years, with a pretty decent amount of success, and it seems we may now know the name of the next JP game. The eagle-eyed folk at Jurassic Outpost discovered Universal Studios recently filed a new trademark for “Jurassic World Aftermath,” and the description makes it pretty clear the trademark is intended for a new video game. Check it out below.

A bit longwinded, but yeah, the Jurassic World Aftermath trademark is for a video game that could be for PC, consoles, or mobile (or all of the above). While we don’t have any further details about the game, the title implies it will take place after the events of Jurassic World, and possibly its sequel Jurassic World: Fallen Kingdom. The folks at Jurassic Outpost speculate Aftermath may be a revival of Jurassic World Survivor, an open-world survival game that was being developed by Cryptic Studios before dropping off the map in 2016, although they don’t seem to have any actual evidence of that. Personally, I suspect Aftermath may have a similar concept as Survivor, but is probably a completely new game.

What are your thoughts on this? What might Jurassic World Aftermath be? What do you want out of a new Jurassic World game? The franchise’s most recent game, the park sim Jurassic World Evolution, is currently available on PC, Xbox One, and PS4.

Jurassic World Evolution Stars Jeff Goldblum, Who Will Be “With You The Whole Game”