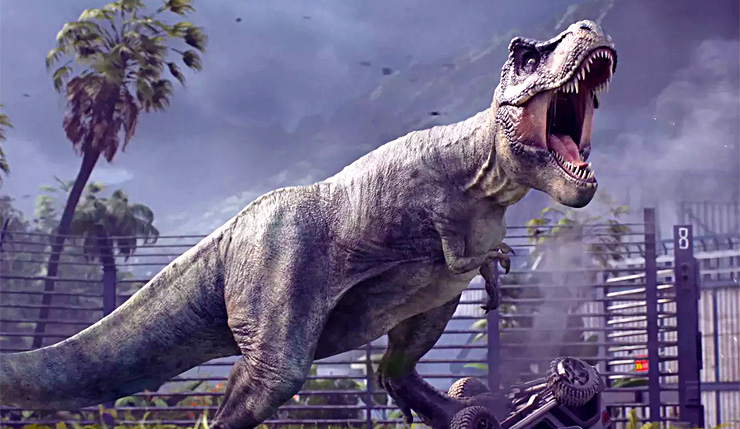 Jurassic World Evolution really has the potential to be one of this year’s under-the-radar hits. I mean, what 90s kid hasn’t dreamed of playing John Hammond and creating their own version of Jurassic Park? Of course, there have been a number of different dino park sims released over the years, so what’s going to set Jurassic World Evolution apart?

Well, according latest issue of PC Gamer Magazine, Jurassic World Evolution will stay true to the franchise by having things go spectacularly wrong on a regular basis. Here’s what director Michael Brookes had to say about bringing peril to the usually-staid sim scene…

“We don't want the game to be a constant state of emergency where you don't have time to enjoy creating, but when things go wrong, the stakes are always high. A running theme in the novels and films is small things quickly escalating, and we want you to experience that same kind of creeping emergency when you play our game. [...] If a ride breaks down in Planet Coaster, it costs you money and time. If an electric fence breaks down in Jurassic World, well...you've seen the movies.”

Players will have to tangle with storms, power outages, dino breakouts, and corporate espionage (don’t hire any Newman-looking guys to run your computer systems). Often, you’ll have to deal with several (or all) of these catastrophes at once.

But Jurassic World Evolution isn’t just about making sure the dinos don’t eat the visitors. You’ll be managing parks on multiple islands and will have to choose what you want your focus to be – safety, scientific discovery, or making money. The Hammond Foundation’s security, entertainment, and science divisions will be battling for your attention, and you’ll have to decide which missions to focus on. You'll also be able to bioengineer your own dinos, because what would a Jurassic Park sim be without the ability to play God?

It sounds like Frontier Developments are putting a commendable amount of thought into Jurassic World Evolution. They could have just made a high-resolution licensed version of DinoPark Tycoon and most fans probably would have been happy enough, but they’re sparing no expense to create a unique experience.

Jurassic World Evolution stomps onto PC, Xbox One, and PS4 in mid-to-late 2018.