Jurassic World Evolution was a great idea on paper – who doesn’t want to play John Hammond and lord over their very own dinosaur amusement park? Unfortunately, while its reptilian stars were impressive, the game felt a bit shallow and didn’t really capture the excitement or wonder of the Jurassic Park franchise at its best. Well, despite their initial mixed results, Frontier Developments has tempted the forces of chaos again with Jurassic World Evolution 2.

This time around, we’re getting more dinos (including flying and aquatic beasties), modes, and Jurassic flavor, but is this the prehistoric park builder fans have been dreaming of? Or another scaly snoozefest? Hang onto your butts, it’s time to return to Jurassic World…

You’re faced with a lot more options when you first boot up Jurassic World Evolution 2, as Campaign, Challenge, Sandbox, and the new Chaos Theory modes are all available right from the get-go. The Campaign has received a significant shakeup, with the somewhat longwinded and dry approach from the first game getting the boot in favor of a story that continues on from the conclusion of Jurassic World: Fallen Kingdom. That movie ended with (spoiler) dinosaurs escaping the confines of the park and populating the world and Evolution 2’s Campaign serves up a series of chapters set in various dino-infested locations around North America, from the Sonoran Desert to Yosemite National Park. It’s an interesting scenario for longtime JP fans, and the returning Jeff Goldblum and Bryce Dallas Howard lend the proceedings some authenticity (the Chris Pratt impersonator is as bad as ever though). That said, don’t expect anything particularly demanding in terms of gameplay. This Campaign is more of a tutorial really, which can be finished in under five hours.

Chaos Theory Mode suffers a similar fate. The pitch is that you get to play through various mini campaigns inspired by the Jurassic Park franchise, and while there are a few nice little touches, the scenarios don’t actually match the events of the movies all that closely. As with the Campaign, there’s not a lot of challenges on offer here, and the game boxes you into playing a pretty specific way. Thankfully, the Challenge and Sandbox modes offer more content and locations than in the past, which makes up for the lightness of the Campaign and Chaos Theory to some degree.

Looking beyond modes, the way Jurassic World Evolution 2 actually plays hasn’t changed that much. Discover fossils, clone dinosaurs, collect cash from visitors coming to see said dinos, then use that money to repeat the process. Build various gift shops, restaurants, and other amenities (there are now a greater variety of these) to bilk visitors out of some extra cash and make sure to stay on your guard should a cranky dino break out of its cage. Pretty standard stuff if you’re familiar with park management sims.

Dinosaur behavior has received a bit of an upgrade, as different species will now stake out their own territories within enclosures. Borrowing from Frontier’s own Planet Zoo, you have to be a bit more thoughtful about said enclosures, placing the right combination of forest, grass, rock, and specific plants for them to eat. It’s still not too terribly complex, and the game now makes it a little more clear which species will get along, so dino fights are less frequent (unless you want them to happen).

Of course, Jurassic World Evolution 2 offers a variety of new dino species to collect. The flying and water reptiles (which aren’t actually dinosaurs, as any preschooler will tell you) are a welcome addition, although building their specialized enclosures can be finicky. The dinos have received a nice visual makeover, although I’d say they’re still a step below the fuzzy stars of Planet Zoo in terms of animation and attention to detail, which is surprising, as these Jurassic World games have to be way more popular.

The game’s management elements are also largely familiar, with the biggest tweak being the removal of the various factions (Science, Entertainment, and Security) you needed to cater to in the first game. Instead, the game puts a greater focus on your stable of scientists, who you recruit, train, and have to keep an eye on should they start to burn out from overwork. From field expeditions to research, to hatching and healing dinos, scientists are required for a long list of tasks, so you’ll be dealing with them often. Managing scientists is simpler than the old factions system, but it’s more satisfying.

Overall, Jurassic World Evolution 2 moves a bit quicker than its predecessor, but it still doesn’t deliver the thrills you expect from the franchise. The movies have always been about what happens when the dinosaur park dream goes wrong, but it’s just not that exciting in Frontier’s games. If you don’t keep your dinosaurs happy, they’ll break out of their cages, and if they’re carnivores, they may gulp down a few hapless guests. When this happens, just send out helicopters to tranquilize and retrieve the dinos and the crisis is quickly curtailed. Like its predecessor, Evolution 2 also has an issue with automation, or a lack thereof. While you can assign your park rangers to regularly check on enclosures, anything more urgent (fixing fences, tranquilizing dinosaurs, making sure your power stations and buildings are properly supplied) has to be done manually. Dinosaur breakouts and other emergencies quickly start to feel like a chore.

The game’s devs still haven’t thought through how their various systems interact particularly well either, often resulting in irritating fiascos. For instance, during one point in the Campaign, I had to raise the satisfaction level of all my dinosaurs above 80 percent, but I couldn’t do that with my Parasaurolophuses as some had died earlier leaving me with only two. This gave them the “lonely” trait, which meant it was impossible to make them happy. The Campaign doesn’t let you catch more than a certain number of each dino, nor does it let you sell them, so my only option was to... put them in the Allosaurus cage and let nature take its course. Regardless of the mode, I often found myself in the situation of having to revert to an earlier save or figure out some way to game the system. With more modes and content than the original, Jurassic World Evolution 2 offers plenty to keep players busy, and post-launch content is no doubt in the plans. That said, the game’s lack of depth and freedom to make your parks 100 percent your own may put a damper on your long-term plans to play God.

This review was based on a PS5 copy of Jurassic World Evolution 2 provided by publisher Frontier Developments. 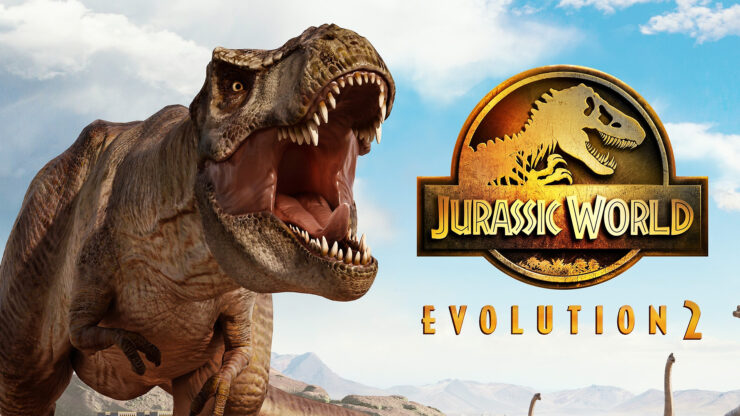 Jurassic World Evolution 2 expands its prehistoric playground with more dinosaurs, modes, and unique franchise flavor, but it’s all built on a flawed and often frustrating foundation of unbalanced and unpolished mechanics. Jurassic World Evolution 2 is a better game than its predecessor, but it feels like a glorified expansion. Those looking for a more substantial sequel may want to spare the expense this time.