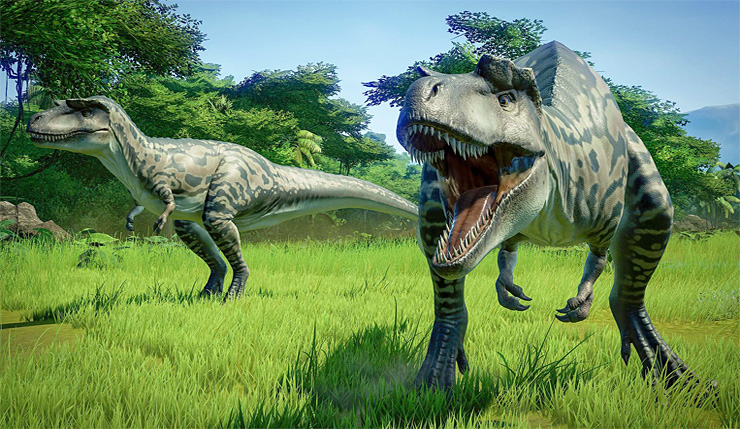 Jurassic World Evolution had some issues at launch, but the park sim has proven popular and Frontier Developments have continued to support the game with a steady stream of updates and DLC. The latest big addition is Jurassic World Evolution: Claire’s Sanctuary, which is clearly inspired by the plot of Jurassic World: Fallen Kingdom. In the DLC, which features the voice of Bryce Dallas Howard as Claire, you’re tasked with evacuating dinosaurs from Isla Nubar before the island’s volcano erupts. Thankfully, the goofy stuff from the mansion from the second half of the movie is not being replicated. Check out a quick trailer for Claire’s Sanctuary, below.

Jurassic World Evolution: Claire’s Sanctuary sees Bryce Dallas Howard return to the role of Claire Dearing – former Jurassic World Park Operations Manager, now a prominent campaigner and advocate for dinosaur wellbeing – in a new standalone campaign. Players will return to Isla Nublar in a race against time to rescue the island’s remaining dinosaur inhabitants from the eruption of Mt. Sibo and relocate them to Sanctuary Island, where players will be tasked with building them a new home under guidance from Claire Dearing.

Claire’s Sanctuary will launch alongside a free update, which will include the following…

Terrain and Scenery Items - Place new rocks, trees and shrubs in your dinosaur habitats or change the terrain from grass to dirt on some islands!

Spinosaurid Care - Spinosaurids are receiving some care refinement with the addition of wetlands to represent their swamp and coastal environments, plus new fish feeders!

Gyrosphere Improvements - We've made some changes to allow gyrospheres to pass through enclosure fences by adding automatic gates, so now you can wow your guests with a park-wide tour of all of your exhibits!

Jurassic World Evolution is available on PC, Xbox One, and PS4. Claire’s Sanctuary will be available to download on June 18 and will set you back $15.