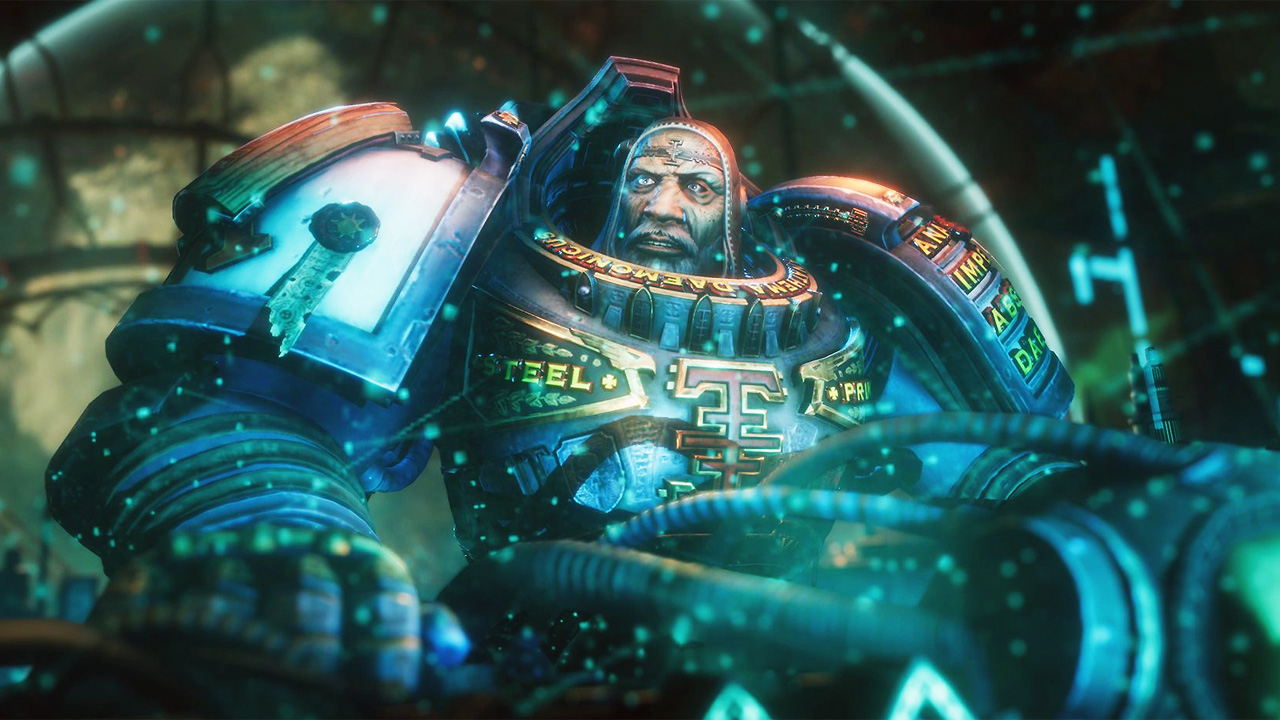 Warhammer 40K: Chaos Gate – Daemonhunters, the new tactical RPG from Frontier Developments and Winnipeg, Canada’s Complex Games, has revealed a spring release date and a rather big name for its voice cast. Daemonhunters will feature the distinctive pipes of Andy Serkis (The Lord of the Rings, Planet of the Apes) as Grand Master Vardan Kai, who will advise players from their space citadel between missions. You can check out a new release date trailer for Warhammer 40K: Chaos Gate – Daemonhunters, below.

Last week I got to check out a hands-off preview of Warhammer 40K: Chaos Gate – Daemonhunters in action, and I was fairly impressed by what I saw. While the game initially appears you be a fairly typical tactical RPG, albeit with more cinematic attacks and moments than fans of the genre may be used to, Complex Games has made a number of smart tweaks to the formula. A “precision targeting system” allows you to see exactly how much damage you can do from various vantage points, and you can destroy cover and objects in the environment to gain an advantage on the enemy. Players can also target specific enemy body parts, allowing you to, for instance, destroy a boss’ arm rendering them incapable of launching their most powerful attack. I’m just scratching the surface with this description, but it really seems like Daemonhunters is better thought through than your average quicky Warhammer strategy game (which there are no shortage of).

In addition to the release date, the requisite pre-order bonuses and a special edition have also been announced for Warhammer 40K: Chaos Gate – Daemonhunters. Those who put their money down will get the Destroyer of Crys’yllix Daemonhammer and Domina Liber Daemonica tome. Meanwhile, players can also grab the Castellan Champion Edition for $55 (the standard edition of Daemonhunters is $45), which includes the following extras…

The Warhammer 40,000: Chaos Gate – Daemonhunters – Castellan Champion Edition, which alongside the base game, grants players access to an exclusive character. Owners of this version will have Castellan Garran Crowe join their campaign partway through the story, with the powerful Grey Knights Champion available to fight alongside the rest of the squad thereafter. Crowe has his own unique weapon, the Black Blade of Antwyr, as well as special in-game rules. This edition also features the game’s original soundtrack, composed by Dawn of War 2 veteran Doyle W. Donehoo.

Warhammer 40K: Chaos Gate – Daemonhunters will arrive on PC (via both Steam and the Epic Games Store) on May 5.