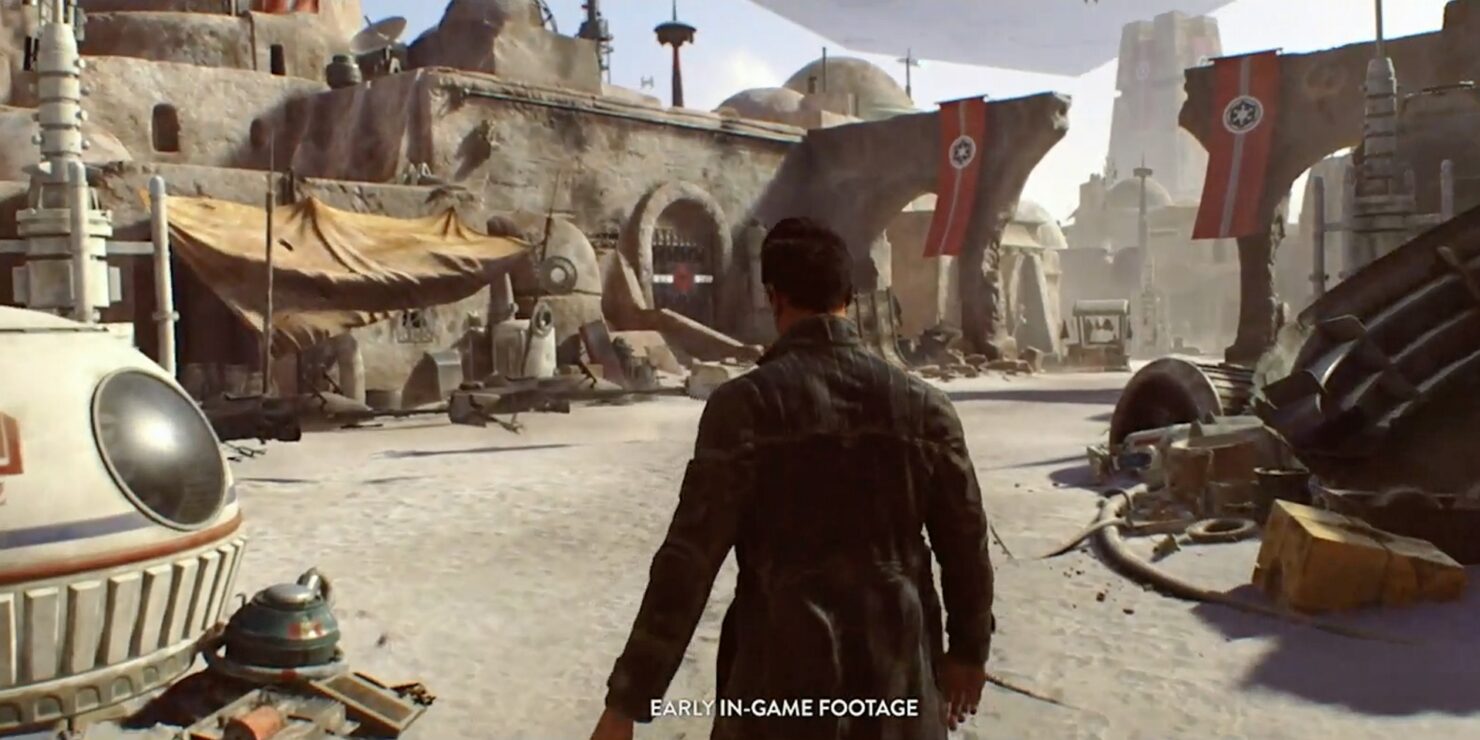 We haven't heard a lot about Amy Hennig's Star Wars game since Visceral Games closed down and the title's development was handed over to EA Vancouver, reportedly to shift it to an open world design.

Talking with Game Informer at E3 2018, Jade Raymond, Founder/General Manager of EA Motive and involved with the project from the start, revealed that the plan is to keep "a lot of the stuff that was great about it" in the reworked title.

I don't know how much we're saying about that stuff, but the goal is ... We have three terabytes of Star Wars artwork, which is crazy, and there is a lot of really good work there. When we announced we were moving the game, the idea was pivoting more into player agency but still keeping a lot of the stuff that was great about it. There was a lot of really cool stuff like tons of assets and really cool characters that had been created. So, there's the goal of making sure we use all that.

Of course, that makes perfect sense from EA's standpoint. At the same time, it's interesting because Amy Hennig recently suggested that the game is quite different now. She probably meant from a gameplay standpoint, which would obviously change with the transition from linear to open world, but it's good to hear the characters created by her are still in the game that's being retooled.

Raymond also explained that Amy Hennig's Star Wars game, known only as Project Ragtag, was being already co-developed with EA Vancouver. Now, the team has been bolstered with additional developers who've worked on open world titles like Prototype and Sleeping Dogs.

Ragtag was being co-developed already with the team in Vancouver, so there was already a group of people who had been collaborating on it. The core team there is super, super strong. There are people who had worked on Skate, SSX, and bunch of Need For Speeds back in the day, so there is a core group that was part of EA Black Box when that was a thing. It's people who worked on a lot of non-sports stuff out of Vancouver over the years.

It may be a long while before we see anything concrete, though. If we were to guess, we'd bet on this being a game for the next generation of consoles.