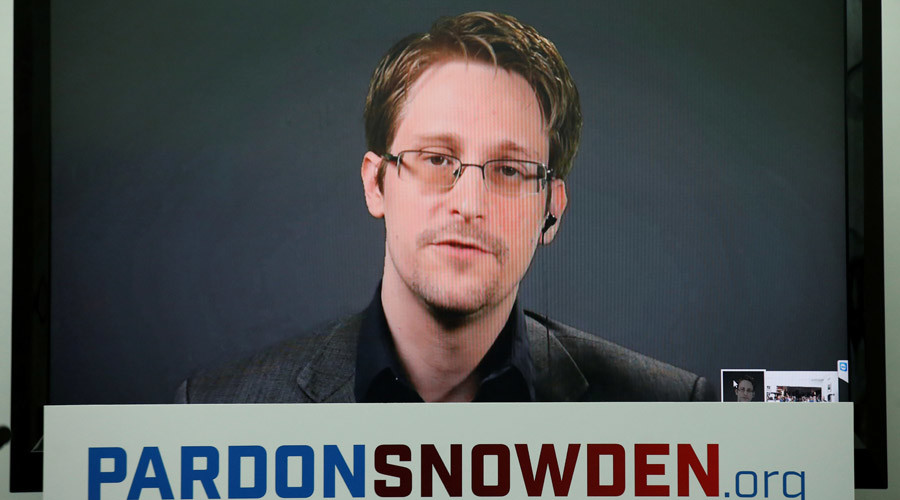 Dorsey may not be a journalist, but he is a long-time Snowden supporter. Back in September, he added his name to the Pardon Snowden campaign that urged users to sign a petition to push President Obama to free Snowden before he leaves office. Today's live video conversation appears to be a last-minute attempt to raise more awareness and support for the final days of the campaign.

We’ll be live streaming a Q&A between @Snowden & @Jack tomorrow at 12:05pm EST! Tune in here and submit your questions now using #AskSnowden

It has been 3 years since Snowden, who is 33 now, leaked information about NSA's mass surveillance programs, including Prism. These surveillance programs gave the authorities unprecedented access to people's emails, video chats, and more. Snowden's disclosures of these government surveillance programs initiated reforms and discussions around the world. Apple, Google, Yahoo, and other mega tech companies were also pushed by users and privacy advocates to be transparent about government requests and improve security measures since the governments don't always ask...

Private security firms since then have discovered how serious security vulnerabilities weren't disclosed to the tech companies by these agencies, which put users at risk. Following this, we also saw improved efforts from the tech industry to offer encryption which ultimately led to the battle of 2016 earlier this year when the FBI demanded that Apple weakens the security measures and create a backdoor in iOS - talk about coming full circle.

But, while Snowden may have been treated like a hero by privacy advocates and a majority of users, the US government has called him a traitor and treated him similarly. Snowden has been living in Russia since revealing details of the intelligence agencies' surveillance programs and is facing two charges of espionage in the US.

Dorsey added his name to the Pardon Snowden campaign supporting a presidential pardon for the whistleblower. 37 more days and President Obama is out of the White House - so the time is apparently running out.

Today's conversation seems to be an attempt to lobby support for the final days of the campaign. It should be an interesting chat, and even more interesting since users get to ask questions. Wondering what he eats in Russia? If he likes the weather? Or, you want to be more critical of what he did in 2013? You have a chance today.

The conversation is set to take place at 9:05 am PT (12:05 Eastern) and you can ask your questions via the hashtag #AskSnowden. You can tune in to watch the interview live at the @PardonSnowden Twitter handle.