The motherboard showing various components of the upcoming iPhone 7 have been leaked, along with the powerful, and efficient A10 chipset. Let us take a look at the leaked motherboard images and see if you can identify the other images shown in the pictures given below.

Apple’s A10 is going to be manufactured on TSMC’s 16nm FinFET technology, which is the same node that’s going to be used for the upcoming Apple Watch 2. In the images, we can only see a single SIM card slot, and that debunks the rumor that the smartphone is going to come with a dual SIM feature.

From a hardware perspective, all upcoming iPhone 7 models are going to feature an A10 SoC, and according to the leaked performance metrics, the chipset is powerful, but not as much as we would want it to be, although we have to add that the improved processor design will help to save battery life. The phone could also feature LTE modems from two different companies, and we believe that the phablet is going to feature a 3,100mAh battery. 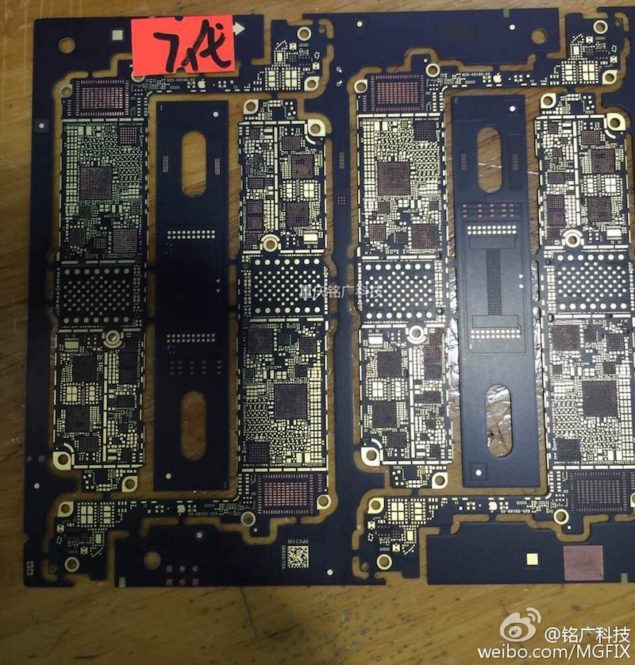 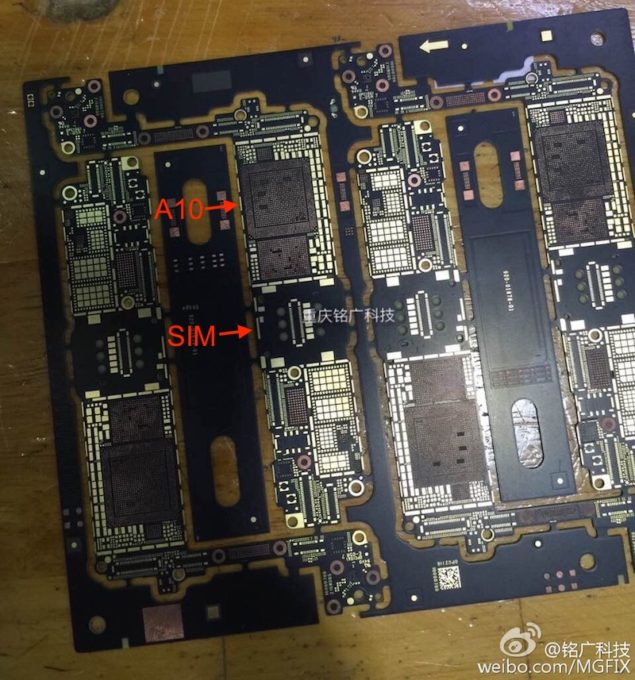 Could you identify any of the components present on the logic board? Tell us your thoughts right away.