Here’s How Fast An Apple A10 SoC Really Is 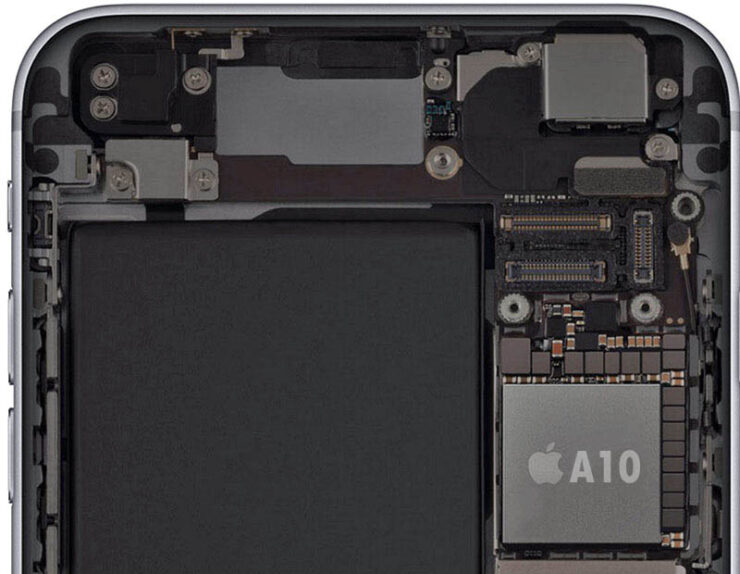 Every iteration of Apple’s iPhone will have a much more powerful SoC than its predecessor. A9 might have featured a dual-core CPU, but its power was unrivaled and now luckily, the performance of A10 has also been witnessed courtesy of a Geekbench benchmark. Let us see how fast Apple’s A10 really is.

The first results of A10 has shown up on Geekbench and it shows that the SoC is as fast as the powerful A9X, and we know exactly what sort of processing capabilities emanated from Apple’s iPad Pro. However, while we’re here making remarks of how powerful we expect A10 to be, if we compare Apple’s A9 to its A8X, the A9 is able to make short work according to the benchmarking results, so in the same manner, A10 should have effortlessly gotten the upper hand over the A9X in terms of the total score obtained, but as the leaked results show, A10 is not exactly as powerful as we would have assumed it to be.

Regardless, the improved design of the SoC will allow the user to rake more battery life out of their future iPhones. It has been rumored that iPhone 7 is going to exceed the iPhone 6s’ battery capacity by 14 percent, which brings us to a grand total of 1,960mAh. Disappointingly, it still has not crossed the 2,000mAh mark, but given the fact that iPhone 7 is expected to be thinner than its predecessor, it’s still a commendable achievement and combining that with A10, we expect some decent results from this lethal combination. The battery capacity comparisons of iPhone 7, iPhone 6s and iPhone 6 have been listed below: 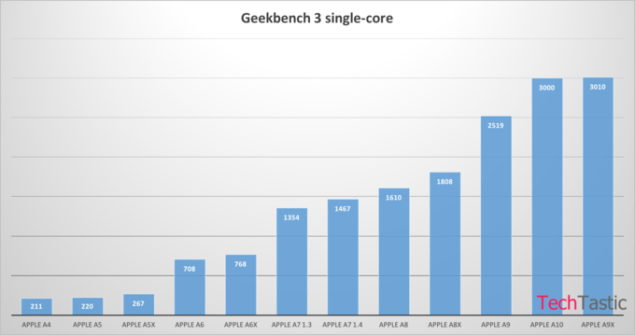 iPhone 7 and iPhone 7 Plus could also feature LTE modems from two different companies, and we believe that the phablet sized brother is going to feature a 3,100mAh battery, which is huge even by Apple standards, along with on-board storage increased to 256GB. We expect that 256GB will be nice little upgrade for those who have capped their 128GB internal memory (for a premium price obviously).

Remember to take these results with a grain of salt. There are a lot more performance results just waiting to be released in the foreseeable future.