Hardware: The Apple A9 - A lot to ponder on 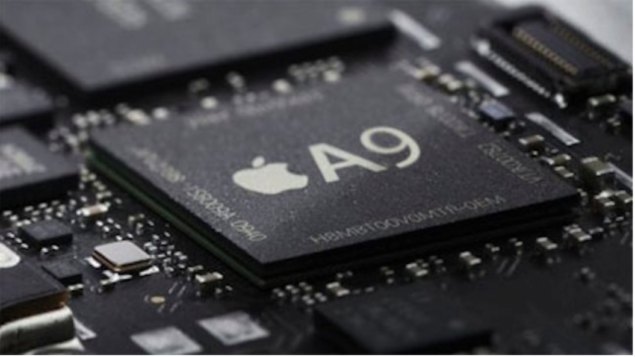 News regarding Apple's new A9 chip for the iPhone 6s has been rather sparse compared to other leaks pertaining to the device, but that doesn't mean we can rule it out completely. Apple's SoC has seen several bits and pieces of information pop up over the past few months. In fact, the A9 has been popping up since last year, and whenever the processor gets mentioned, we see Samsung's name alongside it as well.

In fact, Samsung's head of semiconductor business has already spoken up about the Korean electronic giant's plans for the A9, and that too after the iPhone 6's launch. The Apple A9 will be manufactured on Samsung's 14nm FinFET, and the upcoming SoC will have a 15% reduced die size, will be 35% more efficient and 20% more powerful when compared to the A8 that ships with the iPhone 6 and iPhone 6 Plus.

In fact, 14nm for the Apple A9 is almost a given since Samsung launched the Galaxy S6 duo of devices this year with the Exynos 7420, a chipset that greatly boosted the company's standing in the mobile hardware world and is also manufactured on the same process.

Apple's plan for the A9's production is not quite clear either at this point. While one thing's for sure, Samsung will be getting the lion's share of A9 related orders, with TSMC's role in this relationship also been spoken about quite a few times as well. In fact, while some quarters claim that it'll be Samsung who'll get the A9 crown this year, others claim that ruling out TSMC from the race would be quite premature. There have been reports about Samsung suffering from A9 yield issues, causing Apple to focus more towards TSMC and its faster production with the 16nm FinFET.

But once again, counting Samsung out completely wouldn't be very wise either. The Korean electronics giant will definitely have a role to play in this year's A9 saga, especially given Apple's inclinations of not putting all of its eggs in one basket. While TSMC has been reported to have already started A9 production in June, Samsung is said to do the same in its Giheung plant in South Korea. And as of now, both TSMC and Samsung have commenced mass production on the A9, if reports are to be believed, of course.

Apple should face minor issues with processor testing however, since they will be coming from different sources, but the major difference between 16nm and 14nm is only in their name. And the A9 is also expected to be launched alongside the M9 coprocessor and whatever the case maybe, the iPhone 6s duo should not lack when it comes to performance specifications.

And speaking of specifications...