We've been hearing quite a lot about Apple's iPhone 6s and its hardware, design and specifications over the past couple of days. While the earliest iPhone rumors started with Force Touch, now the momentum seems to be shifting towards its processor and hardware specifications. In fact, a report straight out of China claims that the next iPhone will be coming with an upgraded motherboard as well. 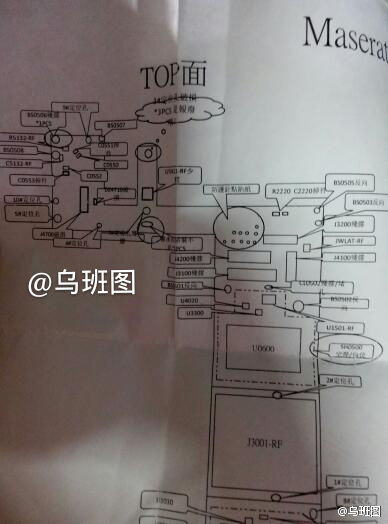 When it comes to the iPhone 6s duo's performance specifications, there's a lot to be talked about. We've been seeing a couple of benchmark postings of not only the Apple A9, but also of the iPhone 6s which show that Apple's once again managed to improve its upcoming SoC and flagship's performance specifications. But that's about performance. Today's leak focuses more on the hardware architecture of the upcoming devices and if its source is correct, then the iPhone 6s will indeed be a very interesting device indeed. According to today's leak, Apple will indeed be going the SiP way with the iPhone 6s duo. If the information that accompanies the alleged schematics of the iPhone 6s' motherboard is correct, then Apple has chose to integrate the power and the baseband chips on the upcoming iPhone. Aside from this, Cupertino's also being said to have arranged the iPhone 6s' components in packages which should help in not only improved efficiency, but also in saving space as well. Storage options stay the same for the device with similar 16, 64 and 128 GB.

In fact, its being claimed that the Apple A9 occupies 15% lesser space that the Apple A8, which should help towards perhaps a slimmer iPhone this year. But with all the Force Touch contributing towards a width increase rumors that we've been hearing so far, that's highly unlikely to occur. Nevertheless, if Apple does manage to successfully execute SiP on the iPhone 6s then future iPhones will no doubt benefit from the upgrade. Stay tuned and let us know what you think in the comments section below.