As we are nearing to the official unveiling of Apple's next gen iPhone, there are more clearest pictures leaking around the interwebs trying to give us an image of what the iPhone 6 will exactly be. Not 100% at the mark though, some have successfully hit the right nerves with the latest being a retail box image of iPhone 6 getting leaked a couple days back. Today, we are seeing one of the more closer looking image taken of the iPhone 6 front panel. Albeit, larger than the iPhone 5s, this purported iPhone 6 front panel seems to be looking just like the iPhone 5s. 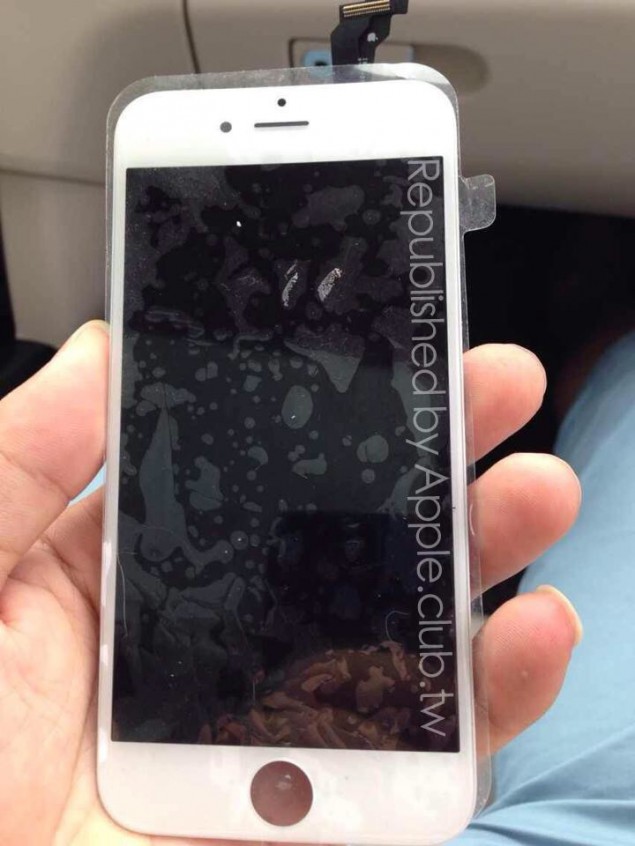 These iPhone 6 front panel images look to have been taken off the assembly process and come through the Taiwanese blog Apple Club. Leaked iPhone 6 images show both the inside and outside of the 4.7-inch iPhone 6 expected to arrive this September.

Unfortunately, it cannot be said from the images if Apple's 4.7-inch iPhone 6 uses the much-awaited and apparently much-loved Sapphire display but the leaks and analysis so far have suggested that the larger 5.5-inch iPhone 6 will use the Sapphire glass, exclusively. This actually brings us to the debate that whether consumers will buy the 4.7-inch iPhone 6 if a much better iPhone is expected to arrive in just a few more months. However, keeping in view the price difference and an ominous hate of Apple fans towards increased Android-ic phablet size, Apple still may have more sales of this 4.7-inch iPhone 6.

Apple's next gen iPhone is expected to be unveiled in September officially with a new curved design and larger display. iPhone 6 is expected to be launched in two variants of larger display sizes: a 4.7-inch iPhone 6 and another 5.5-inch iPhone 6 sapphire display phone. Reports have suggested that Apple might not introduce both the smartphones with scratch-resistant, expensive glass. Leaks have also indicated that the bigger, 5.5-inch phone will be announced later in the year with more premium specs hitting the Android phablet market dominated by LG G3 and Samsung Galaxy Note 4. iPhone 6 will have a focus on fitness apps powered by iOS 8; an A8 processor, a better camera and a curved design that has been shared by various rear shell panel images of the smartphone.