Following the release of iPhone 6 rear shell images in May, we have seen almost every component of the upcoming Apple iPhone. Today comes a rather high quality set of images showing the 4.7-inch iPhone 6 shell in all its beauty. These images seems to be suggesting a similar design as purported earlier by the iPhone 6 flex cable and SIM card images. 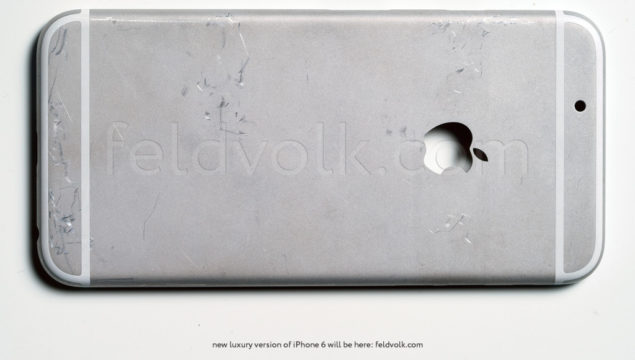 After looking at iPhone 6's front panel, sapphire display, and components' images, the rear shell remakes its entry. A new set of photos and video has been discovered today showing the 4.7-inch iPhone 6 rear shell in quite a good quality of images. These photos come in an extremely high resolution giving a much closer look to the iPhone 6 rear shell and its thinner design.

As rumored and leaked earlier, these iPhone 6 rear shell images also confirm a curved and tapered design with slots for headphone and Lightning cable at the bottom. The iPhone 6 rear shell also shows an Apple logo cut out on the back quite different than what we see usually on an iPhone. Reports indicate that this could mean that Apple could either introduce Mac-like lit-up Apple logos or iPad-like logos that are made with different materials.

The latest iPhone 6 rear shell photos and video come from Feld & Volk which is a company responsible for modifying iPhone to give it a more premium finish by adding finishing coats. Reportedly, the company received these iPhone 6 rear shell models through an Asian factory that makes parts for Apple products. These images still lack a few features and show incomplete design as holes for microphone, camera and flash is not created in the shells yet. The earlier rumored pill-shaped volume keys and relocated power button is quite visible though.

Here are the iPhone 6 rear shell images followed by a video: 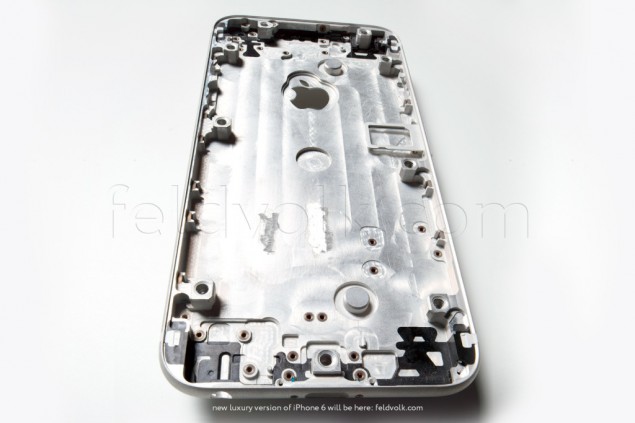 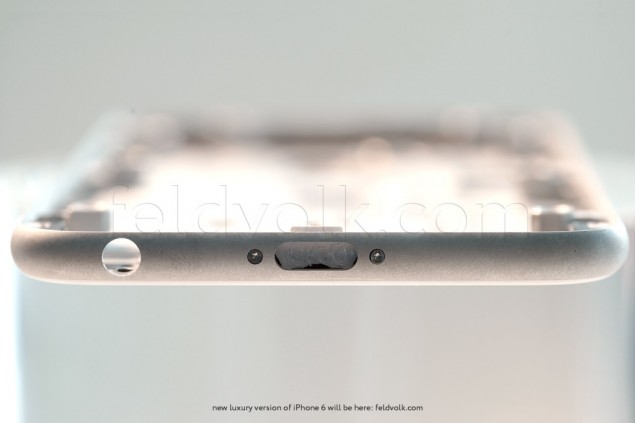 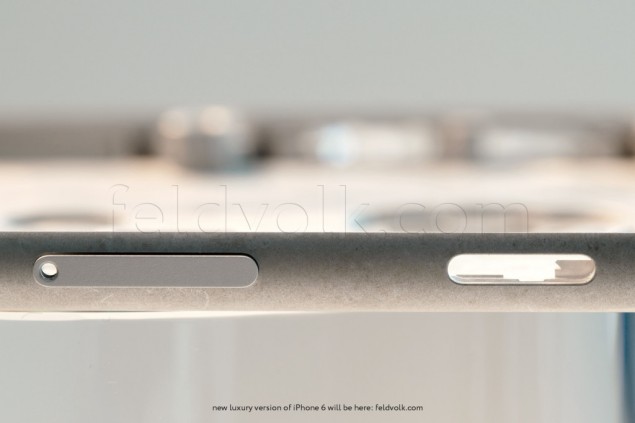