Samsung Galaxy Note 4 is expected to be officially released at IFA in September which makes us only a couple months away from the launch event. While there have been largely a lack of leaks around the upcoming version of the crazily-popular phablet device, seems like we are getting to a point where we are mostly able to get a complete picture of the upcoming devices. Korean site, ET News, has published reports indicating that the next gen Note will have a premium metallic design and a flexible screen along with a Galaxy S5-like 16 megapixel camera with optical image stabilization module. 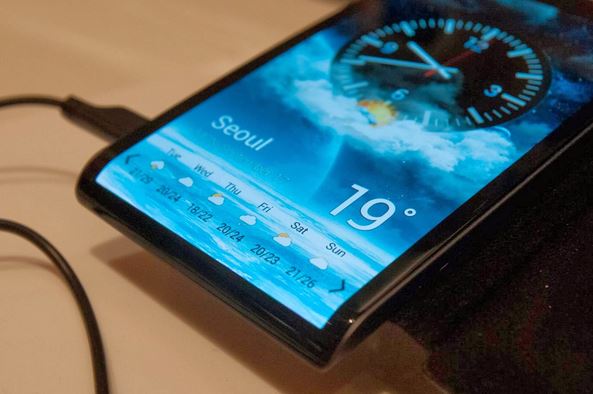 Previous few months have largely focused on Samsung's entry into better (read: metal) designing for its devices starting with a new and premium smartphone tagged Samsung Galaxy F aka Alpha. While this device is under the wraps, recent reports suggest that the metallic design is highly expected for the Samsung's Galaxy Note 4 expected for a launch this September. Korean media is speculating that Samsung is making two variants of Samsung Galaxy Note 4 available this year, one with a premium metallic finish while the other will retain the Note 3-ish plastic looks.

Nothing in this report glances on the highly awaited bits on the design texture of Galaxy Note 4 which is expected to be Samsung Galaxy S5-like but so far hasn't received any backing to help. Earlier reports also indicated Galaxy Note 4 getting a Retina Eye scanner and a completely new form factor, latter of which looks quite possible with today's reports.

16-Megapixel Galaxy Note 4 Camera to Have Side Touch, Wide Selfie and OIS Module!