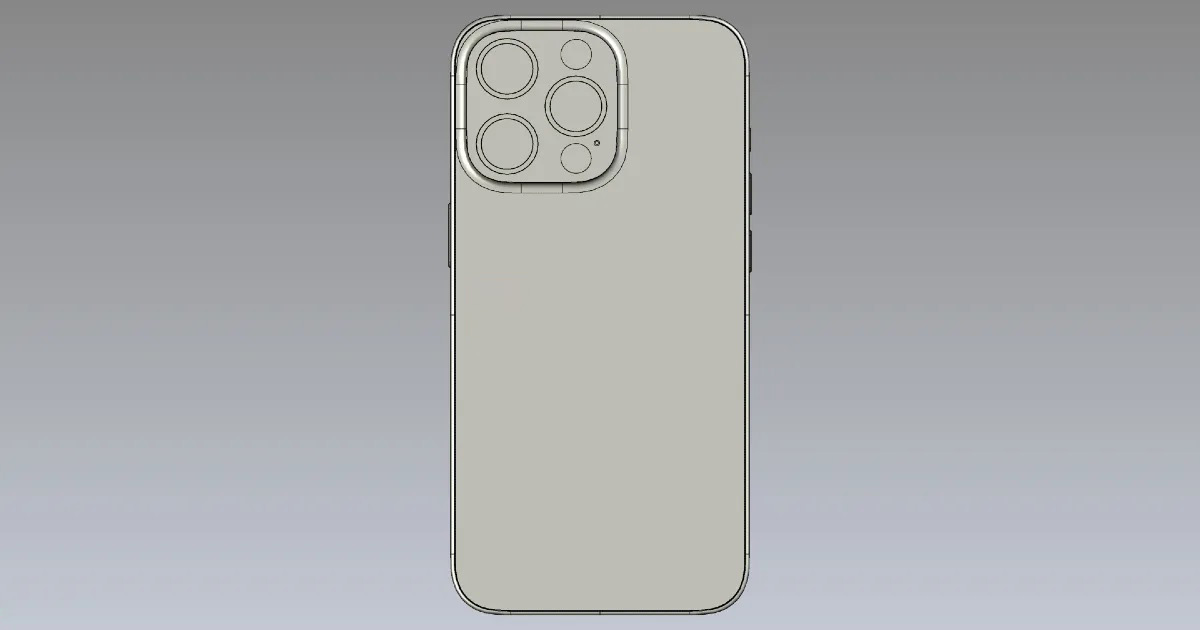 Newly released iPhone 14 Pro CAD renders introduce a closer look towards its design. As you will see, Apple is expected to shift away from the notch, in favor of a “punch-hole + pill” approach that we have seen before.

With the efforts of 91mobiles, we get a closer look at the iPhone 14 Pro, and from the front, you can see an immediate change compared to previous generations. Apple reduced the size of the notch for last year’s models and is expected to do away with it this year, at least for the ‘Pro’ versions. The front appears to show symmetrical bezels on all corners, with the power button present on the right. As for the volume rocker, SIM tray, and slider, they are present on the left.

The iPhone 14 Pro is said to feature the same 6.1-inch display as its direct predecessor, the iPhone 13 Pro. The backside is not expected to see any cosmetic changes, as you can see a large square-shaped module to house those triple camera setup, along with an LED flash, a microphone, and a LiDAR sensor. The bottom edge has speaker grills, a microphone, and a Lightning port for charging purposes. By looking at these CAD renders, it appears as if Apple is not going to get rid of the charging port just yet.

In several ways, the iPhone 14 Pro will appear unchanged compared to the iPhone 13 Pro, but in other ways, it will sport a boatload of differences. For instance, Apple is expected to use a Titanium chassis for both this version and the iPhone 14 Pro Max, giving both flagships an extra level of durability. It might also be the first time Apple introduces a 48MP main camera to the specifications, along with 8K video recording support.

As for the internals, Apple might bring a massive differentiator by making its next-generation A16 Bionic exclusive to the iPhone 14 Pro and iPhone 14 Pro Max. The remaining two models, the iPhone 14 and iPhone 14 Max, may use the A15 Bionic, with a possibility that Apple re-brands the SoC as A15X Bionic. According to previous reports, these CAD renders have been accurate in illustrating the design of the upcoming flagship, so customers will likely be delighted to see the notch take an exit for a better approach.