iPhone 12 to Stick With Snapdragon X55, Not Snapdragon X60 5G Modems Due to Non-Availability, Suggests Report 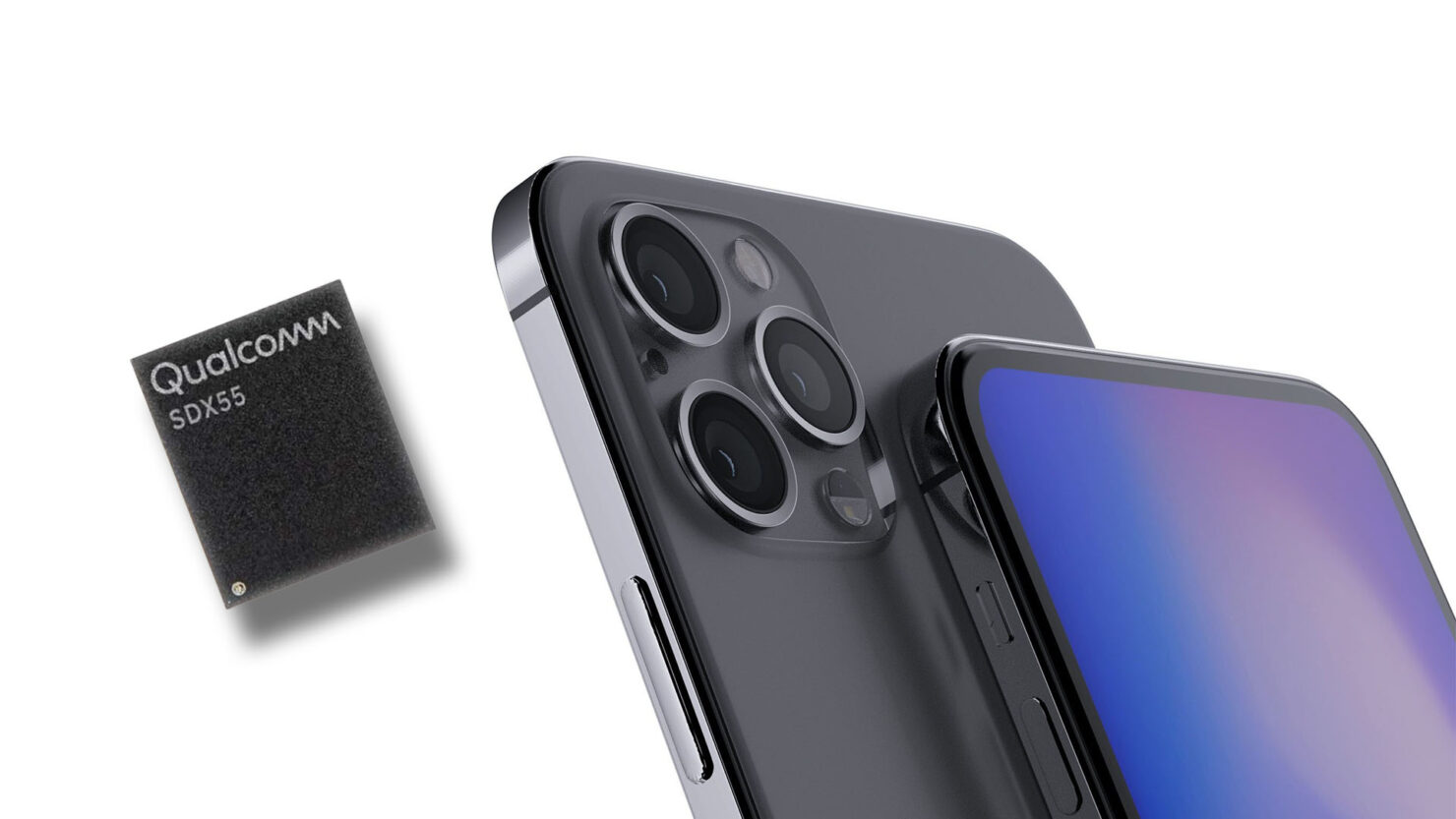 A few months ago, there was a rumor doing the rounds that all iPhone 12 models will use Qualcomm's Snapdragon X55 5G modem. Given the current situation as well as Apple reportedly needing several years to complete the development of its in-house baseband chip, sticking with Qualcomm for the time being would be best for business.

Shortly after, there was an update to the previous report, stating that all iPhone 12 models will feature a Snapdragon X60, not Snapdragon X55, with TSMC having reportedly kicked off mass production of 5nm chips. The Snapdragon X60 would be the ideal choice for Apple, but a report from Weibo doesn't agree.

A snippet from the Weibo account ‘Mobile chip expert’ states that the iPhone 12 family be sticking to the Snapdragon X55 5G modem made on TSMC’s 7nm node. The reason for that is Qualcomm made the announcement that its Snapdragon X60 won’t be available until 2021 for its phone partners, and that’s when the iPhone 13 will drop. However, what the Weibo user didn’t mention was that Apple is a lucrative business partner, and if Qualcomm were to give the technology giant exclusivity over Snapdragon X60 shipments for a few months, it would mean more revenue for the chipmaker. 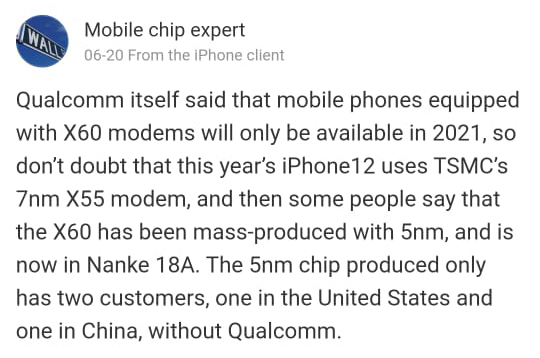 Though TSMC has reportedly commenced mass production of 5nm chips at its facility, it’s most likely for Apple’s A14 Bionic, and Huawei’s Kirin 1020, so it’s possible the Snapdragon X60 won’t be produced for the time being. Then again, we might get surprised later in the year, so stay tuned.