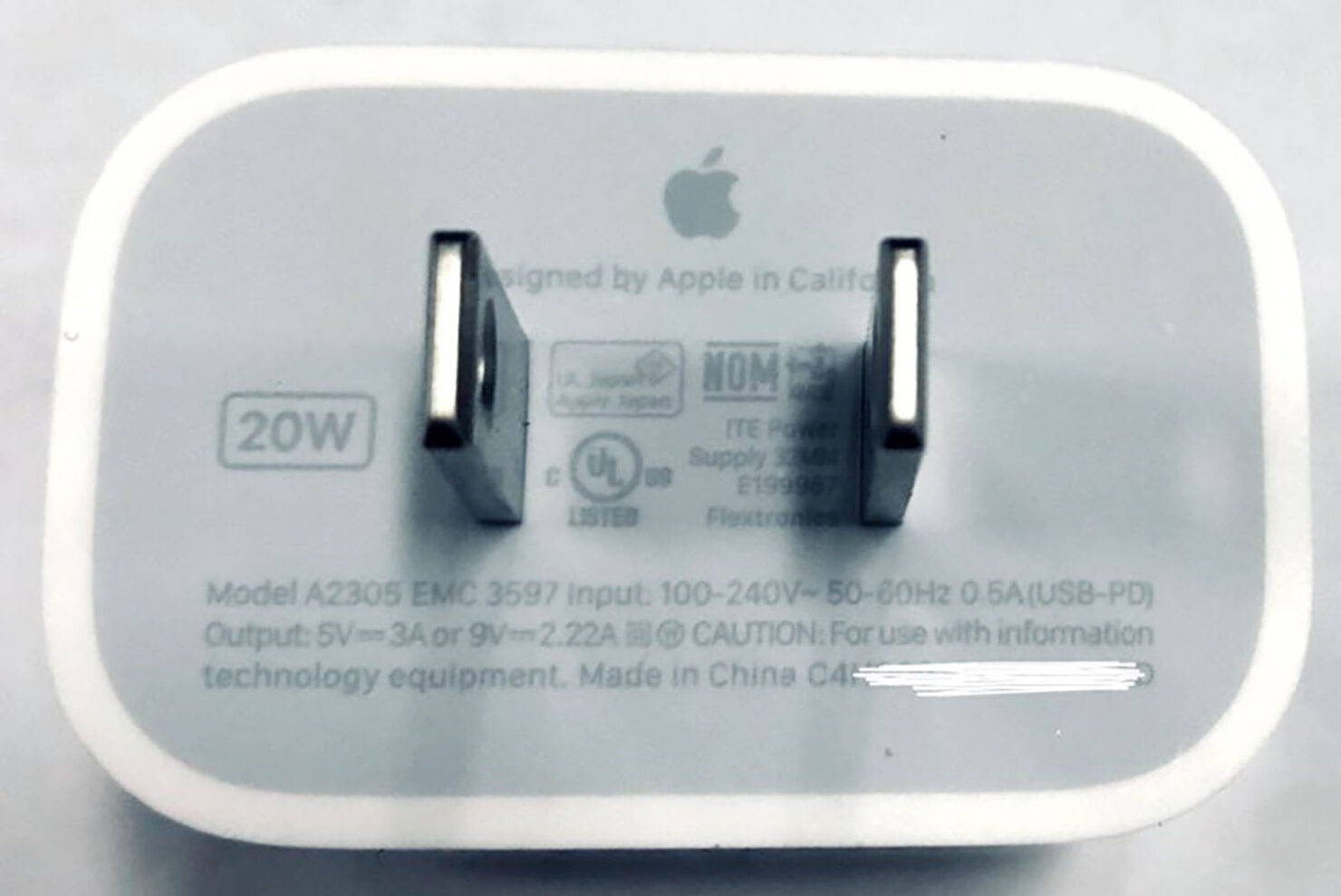 According to Mr-white on Twitter, who was kind enough to share images of the 20W charger, the power brick would be bundled with the upcoming iPhone 12 models. Unfortunately, what he failed to mention was which models would come with this accessory. If history is anything to go by, we believe only the iPhone 12 Pro and the iPhone 12 Pro Max will ship with a 20W charger, since those are the more expensive versions that Apple has planned for this year.

In case you forgot, Apple has four iPhone 12 models planned for a release later in the year. The two we’ve already mentioned, with their display sizes and specifications mentioning that they will feature a 6.1-inch and 6.7-inch OLED 120Hz screen. The less expensive versions are the 5.4-inch iPhone 12 and the 6.1-inch iPhone 12 Max and we believe the packaging of these models won’t include a 20W adapter.

New iPhone 12 will Be Equipped with 20W Power Adapter pic.twitter.com/FBJxlJXyYW

On a related note, while Apple might bundle a 20W power brick for the luxe iPhone 12 versions, don’t expect wired EarPods to be a part of the packaging. Apple is reported to remove wired EarPods from the iPhone 12 bundle in order to drive up AirPods sales. Next year is looking even more grim for users wanting to use any kind of cables with the iPhone 13.

A separate report claims Apple is planning to remove the charging port from the 2021 iPhone 13 series, though a different statement claims the tech giant will replace Lightning with USB-C. While there will be plenty of time for covering iPhone 13 leaks and rumors, do you think Apple should provide a 20W charger for all iPhone 12 models? We’d like to know your thoughts down in the comments.