FlipControlCenter is an iOS 7 jailbreak tweak highly awaited for the jailbroken iDevices. A few days back, developer Dyan Petrich released the teaser video of this jailbreak tweak. The famous dev is also responsible for Activator, DeepEnd and other popular jailbreak tweaks. 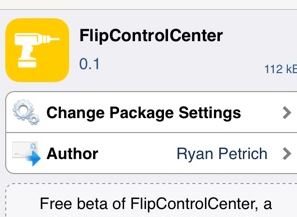 FlipControlCenter iOS 7 jailbreak tweak beta is now available on Cydia. This tweak adds more toggles and features on the top row of Control Center. With this tweak, you can also rearrange the position of the toggles. Here are the new settings and features that will be added with FlipControlCenter: 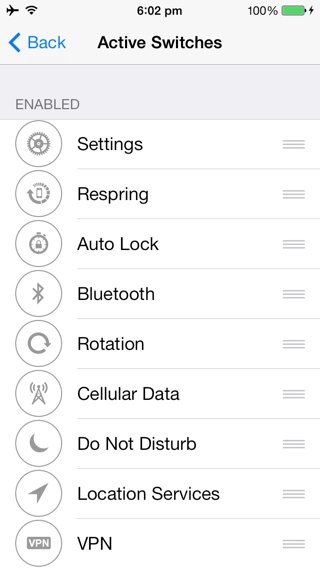 FlipControlCenter iOS 7 jailbreak tweak also lets you disable any toggle by dragging it in the disabled section. You can also select to rearrange these toggles by tapping, holding and dragging the toggles. Another feature of FlipControlCenter is to suppress toggles. This lets you configure the number of toggle switches you can access per page:

The tweak might have some bugs considering it is still in beta. Let us know if you like this tweak and share with us your favorites.

How to Customize Your Control Center Launch Apps