With the latest release of iOS 7 jailbreak evasi0n7, evad3rs had bundled it with TaiG Chinese Pirated App Store. Apparently being paid by TaiG, ater some serious backlash from jailbreak community, evad3rs have decided to disable this feature.

TaiG is a third party piracy app containing paid apps. Twitter specially saw huge influx of angry and speculating tweets including one claiming that TaiG has paid Evad3rs some $1,000,000 (this one from the iconic ion1c) amount! Although jailbreaking community uses third-party apps a lot, in fact, it brings in a lot more freedom; TaiG sells users information to Chinese hackers and therefore is generally considered as highly threatening to privacy.

@i0n1c: I don't know if true but someone tells me if you are a .cn user you cannot use cydia. Instead a chinese company's app store is installed.

@i0n1c: This also explains why the evad3rs kept saurik out of the loop. He would not be happy of them selling the chinese market.

@i0n1c: Please chinese evasi0n7 users make a screenshot of that chinese Cydia replacement and tweet. I will RT. 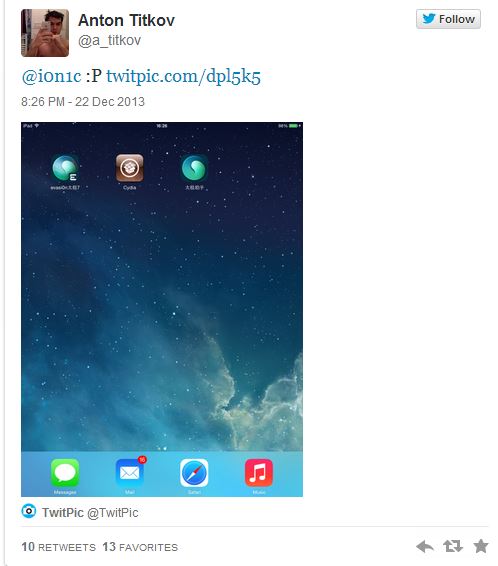 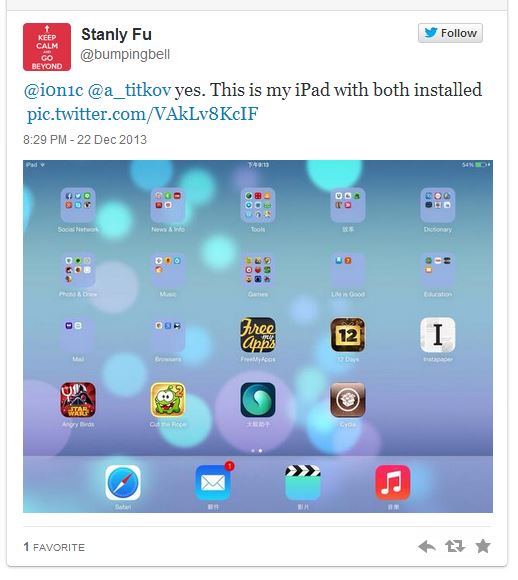 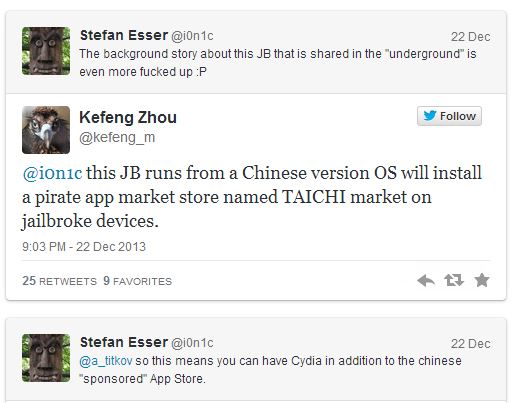 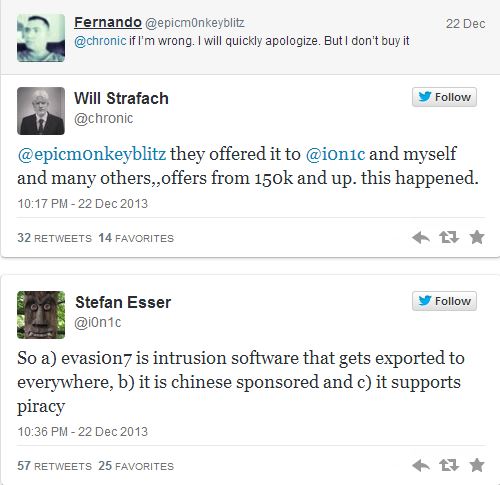 Evad3rs then confirmed having a deal with TaiG, however, they insisted inclusion of pirated apps was not a part of that deal. pod2g confirmed that evad3rs team is disabling TaiG from Chinese iOS 7 jailbreak until further investigation:

@pod2g: We have decided to remotely disable the default installation of TaiG in China for further investigations on the piracy issue.

Although many from jailbreak community blindly trust evad3rs team; it is yet to see if the team will be able to earn that trust back after this TaiG episode.

Read the complete letter from evad3rs which tells the entire story!