Not too long ago Apple unveiled iOS 7 for iPhone, IPad and iPod touch. After the announcement, iOS 7 beta 1 IPSW download was made available to developers. A huge number of developers are testing out the beta firmware right now and are reporting their discoveries. A major security flaw has been discovered in iOS 7 beta 1, it allows anyone access to a device's photos even if it is locked with a passcode. We've seen passcode related bugs in previous iOS firmwares as well, the same bug has surfaced in Apple's latest beta firmware as well. 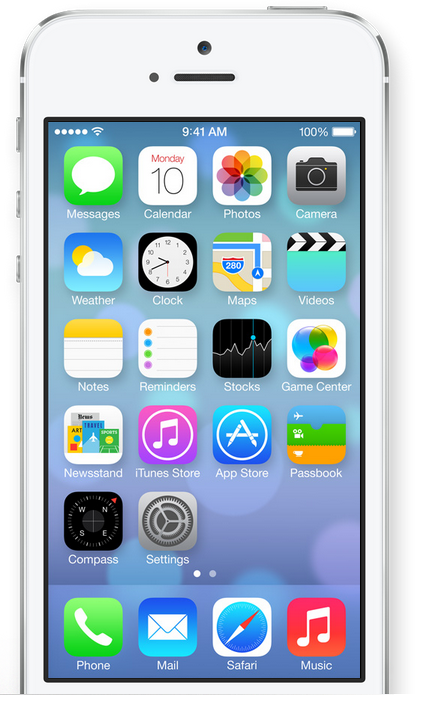 Due to this iOS 7 beta 1 firmware security flaw, a device running this software will be at risk. Once someone exploits the bug to gain access to the device's pictures, they'll actually get full and unadulterated access. What this means is that the person will be able to delete, transfer, upload and email pictures stored on the device, all without actually having to enter the device's passcode.

To exploit this bug, one must launch the Control Center on lockscreen. From there, by launching the calculator app before the phone's camera app, access can be gained to photos without even knowing the device's passcode. From there, the pictures can be tweeted or transferred to anyone. So if you're running iOS 7 beta 1 right now, the best thing would be to not leave your device unattended if you have personal pictures on it.

The fact remains though, beta iOS 7 firmware is only available to developers right now. Apple doesn't release beta firmware to the public because its generally unstable and riddled with bugs, this particular one is a testament to that. Beta releases provide Apple with feedback from a plethora of developers who test out the new builds of its firmware. What this basically means is that Apple will definitely be patching this bug in the next iOS 7 beta firmware update, and it is highly unlikely that the bug will go unnoticed till the actual public release that's slated this Fall.

Furthermore, there have been reports that iOS 7 is still a major work in progress. The build Apple showed off at WWDC 2013 is supposedly newer than the one it has released to developers. Substantial changes are expected before the public release, with majority of them being made to the user interface. The person who discovered this iOS 7 beta security flaw has also sent in a video as proof, which only shows how easy it is to gain access to a device's photos.