Ever wondered how you could transform Android to iOS 7? Well it isn't hard, it is actually quite simple. All you need is the new JbOS 7 theme, where Jb stands for Jelly Bean, considering the fact that this theme is only compatible with Android devices running Android 4.0 or higher. We'll now take a look at how you can transform Android to iOS 7 easily using this theme, detailed instructions and photos have been posted below. 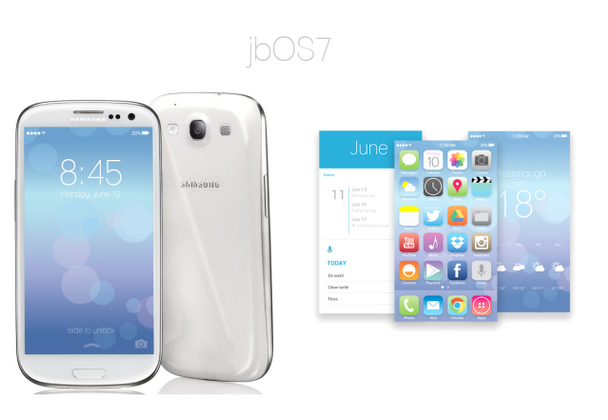 The picture posted above shows how a Samsung Galaxy S4 would look like once you transform your Android to iOS 7 with this theme. It replicates quite a few elements of iOS 7, including its lock screen , several apps as well as the home screen. The new app icons that Apple debuted with this firmware will also be brought over to your Android device. If you're looking to a get a feel of Apple's latest and biggest iOS update to date, this theme is definitely a must have. 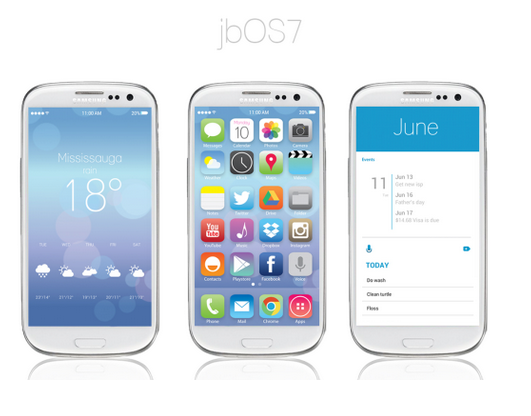 Apple announced iOS 7 at WWDC 2013. The company calls it the biggest update they've ever made to the platform, I don't disagree. Though quite a few critics are vocal about the design language that Apple has employed for iOS 7. It features a flat UI, which borrows heavily from other platforms. Nevertheless, the company has already seeded iOS 7 beta 1 to developers, who are now testing it in huge numbers and are reporting their findings.

It should obviously be clear that when you transform Android to iOS 7 with JbOS 7 theme, the experience is only limited to the UI. You won't be getting any of the new software features that Apple has introduced with iOS 7, these include AirDrop, revamped native apps and Control Center. Nevertheless, if you're one who like to customize their Android, maybe it won't be so bad to give this theme a trial run. Instructions on how to transform Android to iOS 7 by installing JbOS 7 have been posted on the developer's website.