So it has been a couple of hours since Apple announced the latest update for its mobile platform. I am sure many are wondering which devices are compatible with iOS 7. We have with us here the full list of devices that will proudly run the greatest iOS update ever released. Apple says that this is the most substantial change they've made to iOS ever since we first saw it in 2007. I wouldn't disagree with them, everything you thought you knew about iOS has been changed and revamped in iOS 7. 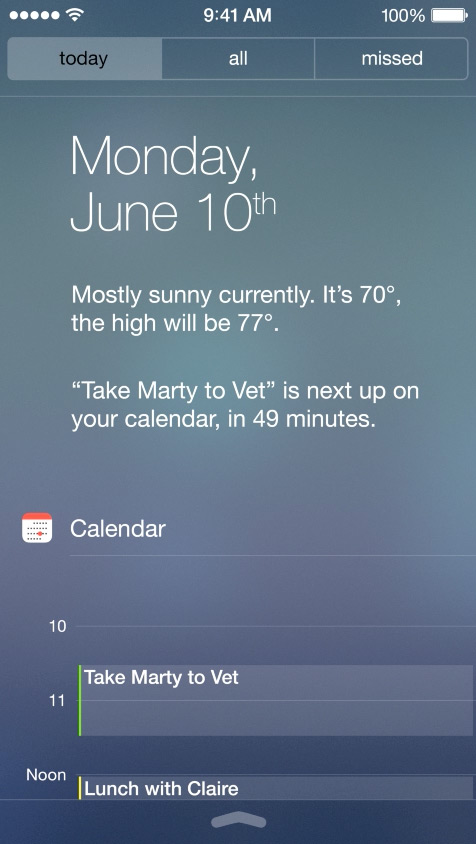 Let us first look at the highlights of this update before diving in to the list of which devices are compatible with iOS 7. Apple has completely revamped the entire UI, they've changed skeuomorphic elements in favor of an overall flat user interface that is akin to what you'll find on a Windows Phone device. Enhancements have been made under the hood as well, the platform is now supposed to be faster than its predecessors.

On top of it all, iOS 7 finally brings multitasking support for all apps. AirDrop allows users to share content with compatible devices. Control Center will let users adjust settings and launch apps within a few seconds. Native apps such as contacts, calendar, camera and even mobile Safari have all received new designs as well as new features. Now let me tell you which devices are compatible with iOS 7. Whenever Apple releases a new platform upgrade, some old devices have to be left out of the fray because they simply do not have the hardware to support it. This time around, iPhone 3GS and fourth generation iPod touch have been dropped from the roster. Both of these devices supported iOS 6, but it was pretty evident that they wouldn't have the power to support Apple's next platform update. That said, not all iOS 7 features will be supported by all compatible devices. For example, the AirDrop feature will only be supported by iPhone 5, iPod touch 5G, iPad 4 and iPad Mini.

The feature won't be supported by iPhone 4 or iPhone 4S, both of which are capable of running iOS 7. So now that you finally know which devices support iOS 7, and if you're a registered Apple developer, perhaps you would like to get your hands on iOS 7 beta 1 IPSW download? If not, don't worry. We'll extensively be covering Apple's latest and greatest iOS mobile platform update here at Wccftech over the coming months.