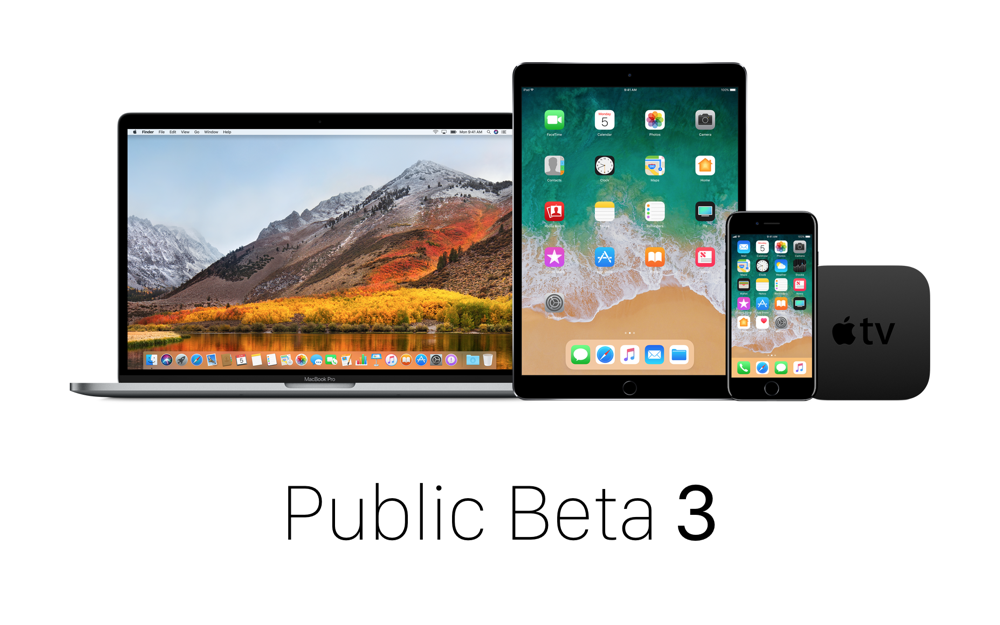 You can now download and install iOS 11 Public Beta 3 for iPhone, iPad and iPod touch. Public Beta 3 of macOS High Sierra and tvOS 11 are also available to download today.

If you're an Apple developer, then you already know that you can grab the latest betas of iOS 11, macOS High Sierra and tvOS 11 straight from the developer portal. But those who are not can still get in on the beta action without spending a dime thanks to Apple's Beta Software Program. Today, Apple is pushing out iOS 11 Public Beta 3, macOS High Sierra Public Beta 3 and tvOS 11 Public Beta 3 over the air for those who already have the aforementioned software installed on their devices. So without further ado, let's dig right into the updating part.

This build contains the same changes that were made available to users in iOS 11 Beta 4.

Be sure to check out the following links before moving forward.

This build contains the same changes as macOS High Sierra beta 4 that is meant for developers.

Check out the following links before moving on.

Today's build is not different from the one seeded to developers a while back.