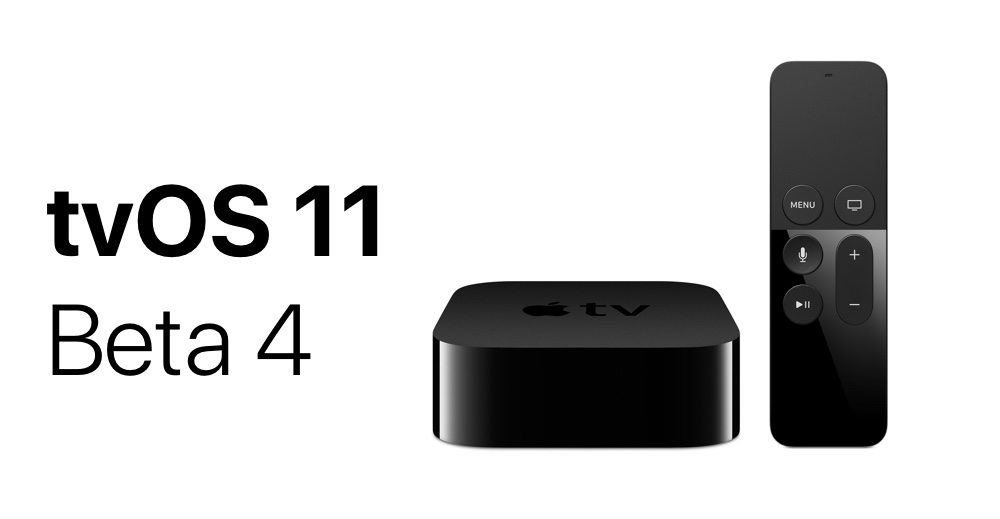 tvOS 11 Beta 4 for Apple TV 4 developers has been released and is available to download over the air.

Though tvOS 11 didn't get any mention on stage at WWDC 2017, nonetheless we received a new tvOS 11 Beta update right after the keynote. Unlike other betas which Apple released, this one's a little sober in terms of features. In fact, I'll go as far as saying that you might not even notice anything new at first glance, because there's really nothing new at face value. Still, Apple saw it an update big enough to warrant it a new version number. Today, that software is seeing its fourth beta being delivered to developers over the air.

The steps are easy to follow, just make sure you have a stable Internet connection at hand before you go ahead.

For the first time ever, tvOS is available for public beta testers as well apart from the usual Apple Developer Program route. If you are looking to install tvOS 11 Beta onto your Apple TV 4 for development or testing purposes, then follow the guides posted below.

If, for some reason, you feel the need to downgrade back to tvOS 10 public release, you have that option available to you. Keep in mind that you will lose your settings and apps once you go ahead with the downgrade.

The final build of tvOS 11 will become available for everyone later this year. But given Apple's silence on tvOS, it seems as though there's something big coming later. Whether it's software or hardware, remains to be seen. Whatever the case might be, time will reveal it all.

In the meantime, make sure you update your Apple TV 4 to the latest tvOS 11 build if you have an older beta installed.