Here's the complete set of iOS 11 Beta compatible devices that include the iPhone, iPad and iPod touch. It's highly likely that your gadget will be supported by Apple's latest firmware.

There's no doubt in the fact that iOS 11 is packed to the rafters with wonderful features. But machine learning is the highlighting bit of the firmware. This means that Apple's new firmware has a lot of work to do in the background. So, this begs the question: will iOS 11 Beta be compatible with my device? The answer is right there on Apple's very own website. But for the sake of your convenience, we are going to lay everything down here in a nice and handy list.

These are the iPhones compatible with iOS 11 Beta.

The following iPads will work just fine with iOS 11 Beta.

Last but not the least, the iPod touch is compatible with iOS 11 Beta as well. 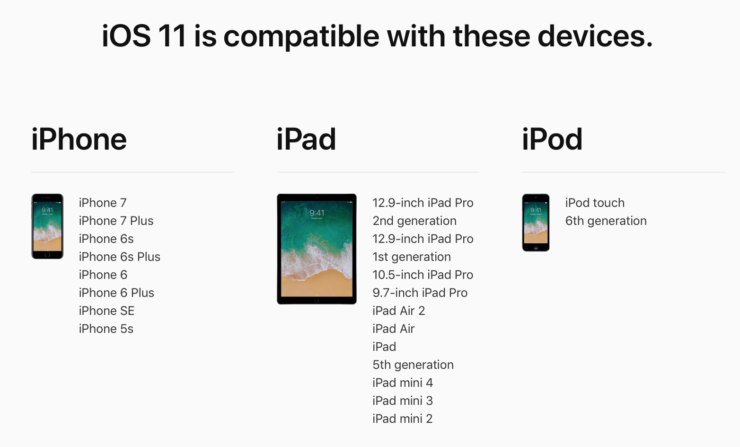 As you can see, all the crucial devices are pretty well covered here. But if you look close enough, you'll realize that the iPhone 5 has been kicked out of the list. it's highly likely that Apple has made this move in order to remove every trace of 32-bit from its mobile ecosystem. So if you were hoping to take Apple's firmware on an iPhone 5 you might have lying around, then it's best to reconsider things right away.

Apple has said that it will release the final version of iOS 11 later this year in the Fall. It's likely that it will arrive alongside the new iPhone. Whatever the case might be this time around, we will have everything covered for sure.

The iOS 11 Beta is available to download right now.