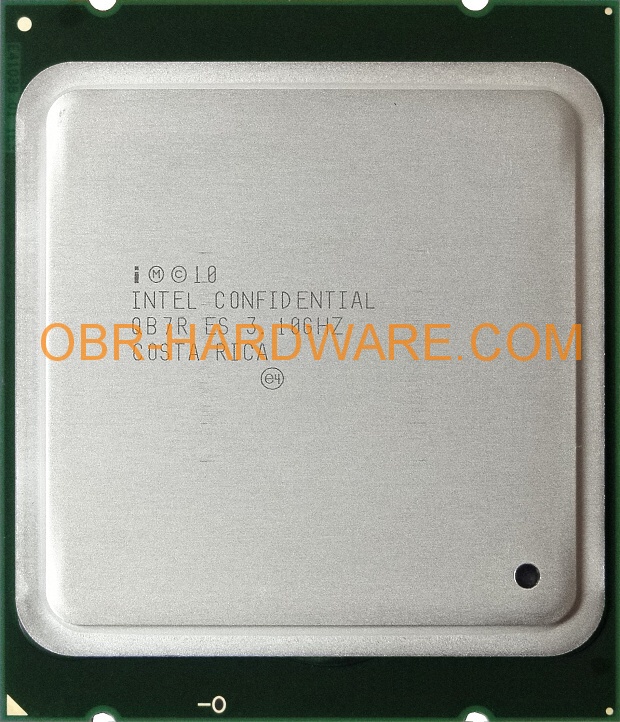 The Xeon Processor model benchmarked was E5-2687W which features 8 Cores and 16 Threads. Stock frequency is maintained at 3.10Ghz and features an 20Mb L3 Cache and a 150W TDP Design. The Xeon E5-2687W would be compatible with the LGA 2011 Socket motherboard featuring the X79 Chipset (Patsburg-D).

Official Price of the chip at launch would be $1885 but OBR told that the same chip with an early stepping was available at Ebay for $1600 US. Coming to the Benchmarks, The chip was demonstrated in Cinebench R11.5 Multithread and 3D Mark 11 at Stock speeds. Following are the results:

You may be wondering why the score of the Xeon Processor is a whole point lower than the 6 Core i7 3960X. Well, The i7 3960X had Turbo Core enabled which means that during the run it clocked up to 3.9Ghz which resulted in a better score. If the 8 Core Xeon Monstrosity would've been clocked at the same frequency, the score would have gone past the i7 levels.

Also motherboard manfactuerer's like EVGA have already started preparing the Dual Socket boards for these 8 Core beasts which include the EVGA-SR3 and ASUS have also confirmed to be preparing a Dual LGA 2011 Socket board other than their Danshui Bay Motherboard. Check out the following link for more Xeon benchmarks: