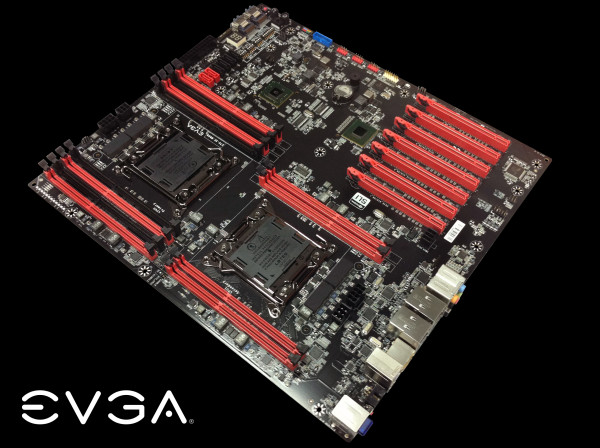 EVGA has got something big up their sleeves for the Intel's LGA 2011 Platform, JacobF of EVGA has teased a pic of the Manufacturer's Upcoming Dual Socket board based on the X79 Chipset of his Twitter Profile. What you are looking at might be EVGA's next Flagship Dual LGA 2011 Socket Motherboard which would replace the LGA 1366 based EVGA SR-2.

Details are unknown but the pic itself shows what components would be featured on EVGA's Next Gen "LGA 2011" Monstrosity. Just like the EVGA SR-2, The board features an HPTX Form Factor and can only be equipped in Full Tower Cases.

The Board Feature Two LGA 2011 Sockets which would suppport Intel's Upcoming Sandy Bridge-E Processors, One Socket comes with two of each DDR3 DIMM Slots allocated at both of its sides while the other has four of each memory slots at its side making a total of 12 DDR3 Memory slots. A single X79 and NF200 Chipsets are located at the bottom of the board. Power is provided through 3 x 8-pin power, 2 x 6-pin power connectors, Now that is a a huge sum of power consumption for the board alone. EVGA might also release a dedicated PSU for the new motherboard like the Classified SR-2 1200W they released for SR-2.

Pricing and availability of the board is yet know but EVGA might officially detail it before the LGA 2011 Platform Launch. Hi-res pic below: 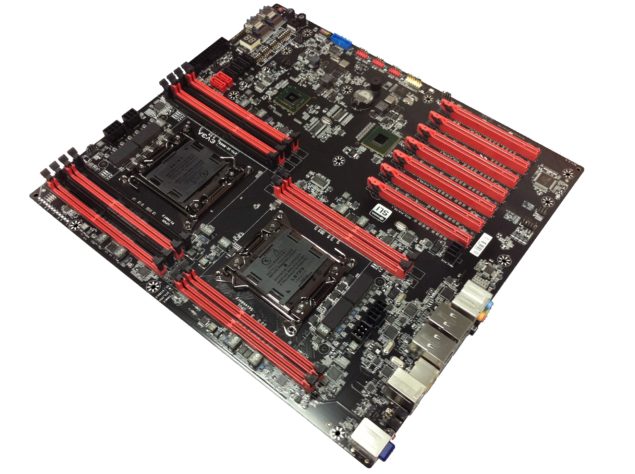