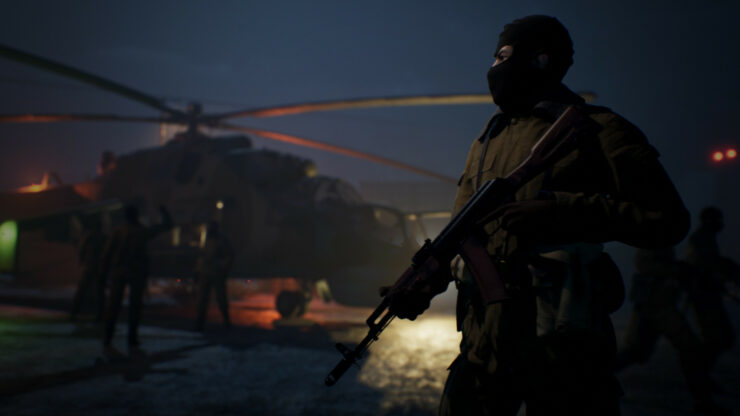 A new stealth shooter game titled I.G.I. Origins has been announced today, in development at Antimatter Games (Rising Storm 2: Vietnam) and due to be published by Toadman Interactive. Targeting a 2021 global release on PC, PlayStation 4 and Xbox One, I.G.I. Origins is set to be a prequel to 2000's Project I.G.I. and 2003's Project I.G.I. 2.

The teams at Toadman and Antimatter has fond memories of playing the original games back in the day. We are very happy to bring take the franchise to the next level, and it’s a perfect fit for the talented guys at Antimatter Games, a key studio in the Toadman group.

I.G.I. Origins is already available for wishlisting on Steam. Below you can find more information about the game's feature set and the official teaser trailer.

The prequel to 2000's Project IGI. I.G.I. Origins is a first-person stealth shooter hybrid where players are encouraged to think their way in and shoot their way out. Experience a high octane thrill ride through a spy fantasy world of gadgets and guns against the vivid, sumptuous backdrop of the 1980s. Unravel a mystery that threatens to plunge the world into a new era of nuclear annihilation. You're going in.

THINK YOUR WAY IN.

SHOOT YOUR WAY OUT.

The year is 1980. You play code name “Regent” an agent in the service of MI6 on active duty. Tasked with critical responsibilities of national security, Regent will undertake a series of missions across the world to achieve the objectives of Spy paymasters in a dramatic, filmic experience that explores the origins of the Insitute of Geotactical Intelligence. Using a variety of weapons and gadgets at your disposal, your actions will determine the boundaries of where friends and enemies lay, as you seek to uncover the truth behind events leading to world-shattering ramifications.

ECHO Review – Imaginative and Creepy at The Same Time