Rising Storm 2: Vietnam shows us that war may be Hell, but also a pretty good team-building exercise.

The latest game by Tripwire and Antimatter Games moves the fight from the beaches of Normandy in World War II to the booby trapped-filled jungles of the Vietnam Conflict with their own brand of gritty combat.

Rising Storm 2: Vietnam is a 64-player objective based shooter that splits each side in a group of squads where you'll compete for points on the battlefield. It won't be easy though since both sides of the conflict have their own brutal ways of winning the fight.

The combat in Rising Storm 2: Vietnam strikes an interesting balance between punishing realism with the kind of pulse-pounding action you'd find in your favorite war movie.

What sticks out the most of Rising Storm 2: Vietnam is the feeling of what it's like to actually get fired upon. The suppression fire mechanic is the best I've seen in any game. Basically, if you come under fire your vision gets blurry. The closer the bullets fly, the more visually impaired you get. It's a great mechanic that forces teams to play more tactically especially when attacking a fortified position. Winning teams effectively know how to move around the map in tandem with covering fire and communication.

The hyper realistic combat might be a turn-off for anyone whose plays and enjoys traditional twitch based shooters. There's no regenerating health and running out in the open will get you killed and on your team's bad side. On the more than occasion, I found myself frantically fire into bushes because I thought I saw movement or cursing up a storm and shouting at teammates that I'm pinned down by enemy fire. It was one of the only times I played a shooter and felt truly under duress under what happened.

Being good requires you to be patient, communicate with your squad and traditional understanding on how your guns handle during a firefight. Talking with your team helps ease the tension since every step you take in Rising Storm 2 feels like you're heading into an ambush.

If you plan on being a lone-wolf, you'll find yourself getting easily frustrated and move on to something else. Once you let it sink that is a methodical and careful shooter, you also need to acknowledge that this is a team-game. You need to be okay with being told what to do or at least be alright with communicating what's going on around you. You have to almost untrain yourself of everything you know about modern first-person shooters.

Lots of care and effort that went into how the weapons behave like their real-life counter parts. The unwieldy but insanely powerful AK-47 against the weaker but deadly accurate M16 are the essentially the stars of the game. Each weapon dictates how you play almost as much of the type of class you choose. Easy advice; try out all the classes and mess with different loadouts and see which firearms resonate with you. Just before when you somewhere with a flame-thrower to run in the opposite direction.

Speaking of classes, US and Vietcong forces have similar classes but the factions themselves have certain perks to give them an edge. The American forces have helicopters and all around better guns and can spawn on squad leaders.

The Vietcong, on the other hand, rely more on surprise and the ability for their commanders to build spawn tunnels almost anywhere on the map. If the Americans aren't vigilant in destroying these spawn tunnels, they can find themselves overwhelmed. At a glance, the Americans seem like they hold the advantage but helicopters can only land in designated areas and therefore can be easily ambushed.

Each side has a player Commander, who can see an overview of the map, spot targets and call in artillery/airstrikes. Good Commanders work in conjunction with the Radioman (or find a radio in the field) class in order to call recon aircraft that reveal enemy players or even instantly respawn dead players on the Commander's location.

While the maps themselves offer big battlefields like mountainside villages or a war-torn city, there's a ton of usable cover, choke points and plenty of spots to sneak up behind enemy lines. During a match, the design of the maps does a good job of capturing the chaos. It seems like they are intentionally designed for you to lose your bearings. I constantly had to use certain buildings as landmarks to get a sense of how to get to my next objective.

I was surprised that most of the servers I played were pretty quick to ban grievers, trolls and such riff raff. You'll also notice the diversity of servers can vary all the way to super serious military role-players who strongly encourage folks to use voice chat and proper military speak. As intimidating as those servers were, those game ended up being the most fun. Of course, you'll be able to join other more relaxed servers in case you don't feel like taking part in Platoon: The Videogame.

Rising Storm 2: Vietnam takes some time to really feel you're making any progress or even that you're contributing to the fight. My first few hours were spent getting killed and wondering where was I was even shot from. Once I started working with my team and forced myself to pick a headset and chat, it completely changed how I played the game. If you're not willing to work with a team, this may not be the game for you.

Rising Storm 2: Vietnam is stressful, hard as hell and super rewarding when you play it the way it was meant to. The steep learning curve and heavy reliance on teamwork and patience may only attract a certain type of first-person shooter crowd. 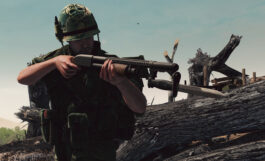 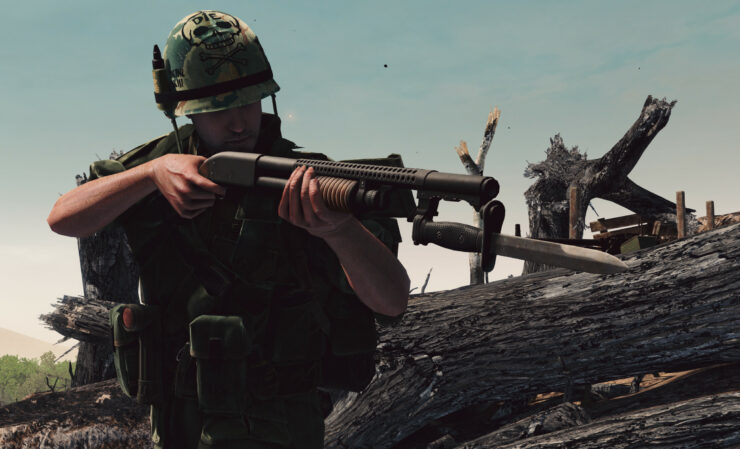 Rising Storm 2: Vietnam is an intense shooter that stresses teamwork over running-and-gunning. The chaos on the battlefield truly shows you what it's like to be under fire.